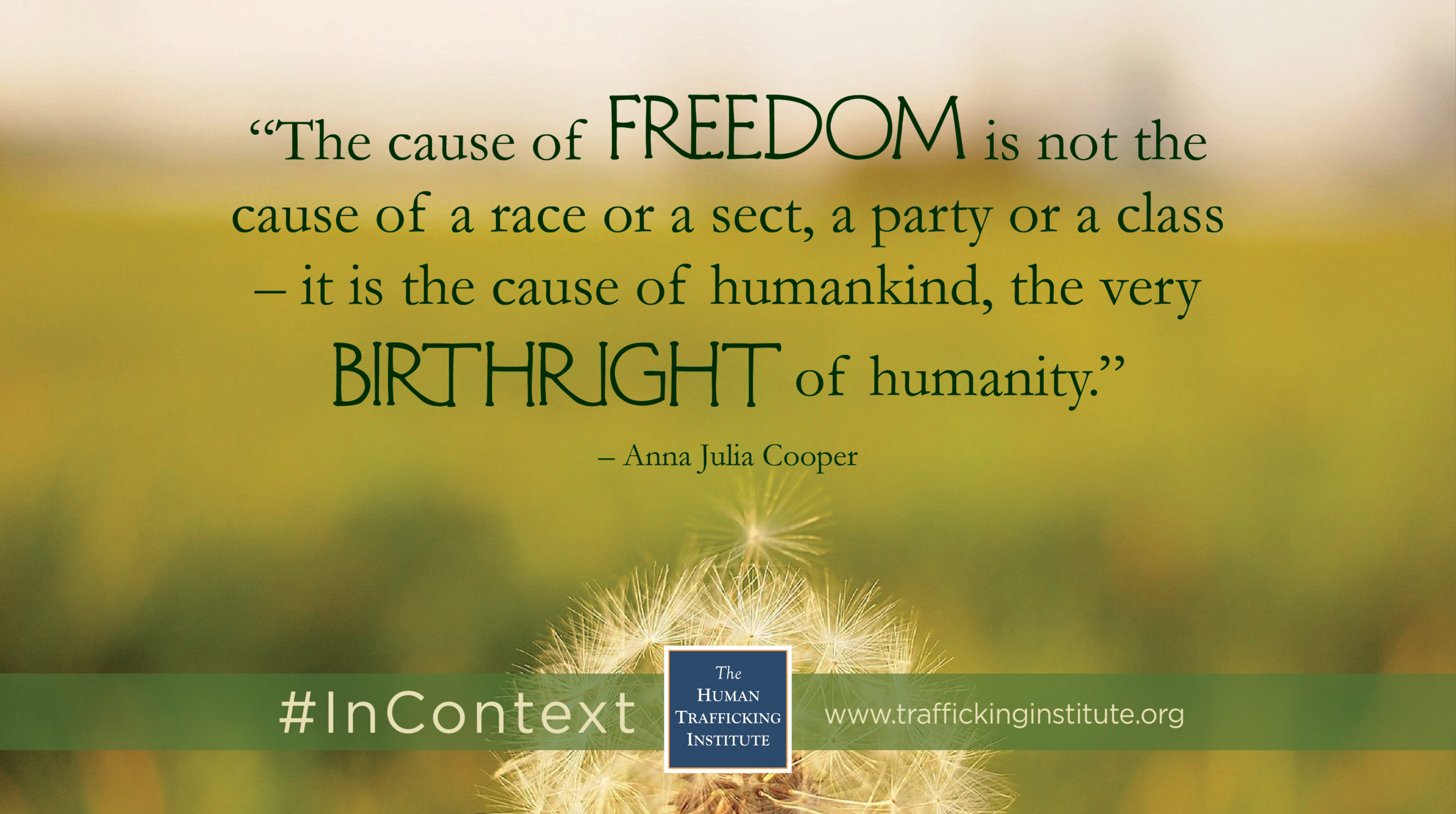 Spanning the time from the Civil War to the Civil Rights Movement, Anna Julia Cooper’s life was defined by her tireless fight for freedom and equality. Cooper was born into slavery in North Carolina in 1858. Although not allowed to pursue educational opportunities until her ninth birthday — two years after the Civil War’s end — Cooper became a distinguished scholar and educator.

Cooper’s fight for equality began at St. Augustine’s Normal School and Collegiate Institute, a facility built for former slaves, where she demanded access to classes previously offered only to men. Cooper firmly believed that education was the key to advancement and equality for people of color, particularly women of color. That belief led Cooper to become the fourth black woman in the United States to receive a doctorate degree when she completed her Ph.D. at the University of Paris. She instilled that same belief in her students in her role as a high school principal and a university president. Ignoring her white supervisor’s order to teach trades to her black students, Cooper instead developed and taught an academic curriculum to prepare them for college.

In 1892, Cooper published her groundbreaking book, A Voice from the South by a Black Woman of the South, which discussed how women of color are at the intersectionality of gender and racial oppression. Given this position, Cooper argued that advancement for women of color would ultimately lead to the advancement of all women and people of color. Cooper stressed that the fight to end oppression does not fall on the shoulders of women and people of color alone. Rather, it is the responsibility of all humankind to advocate for freedom. Cooper firmly asserted:

“The cause of freedom is not the cause of a race or sect, a party or class — it is the cause of humankind, the very birthright of humanity.”

Cooper sparked a call to action for all people to join her fight for freedom and equality. Her quote, printed in the current United States passport, makes her the only woman of color featured in the document.

Cooper’s legacy of advocating for freedom and equality live on today. Using Cooper’s tenacity and fearlessness in the face of resistance and oppression, we can end modern-day slavery and achieve the freedom that Cooper spent her life fighting for. Indeed, it is the responsibility of all humankind to do so.