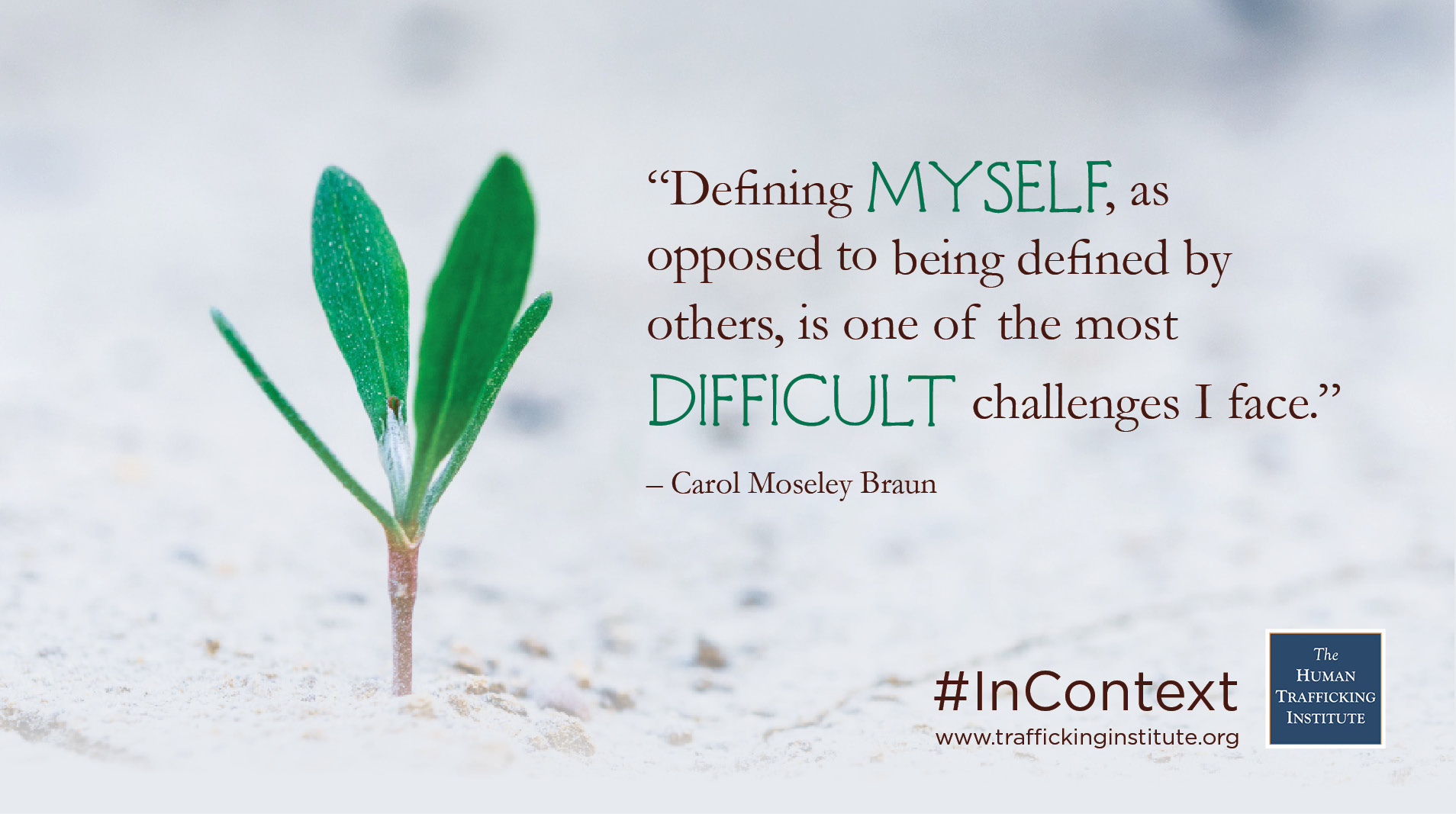 As the first African American female U.S. senator elected in 1993, Carol Moseley Braun worked to define herself as “a symbol of hope and change” rather than falling into imposed stereotypes placed on black women in America.

In 1947, Moseley Braun was born in Chicago and raised by a family that was active in the pre-civil rights movement. From a young age, she was a self-motivated individual, working in a post office and in grocery stores to finance her education after high school. She received her B.A. from the University of Illinois in 1969 and her J.D. from the University of Chicago in 1972.

In a set of oral history interviews conducted by the U.S. Senate Historical Office, Moseley Braun describes the process of being defined by others when she was trying to define herself as an African American woman seeking to make change. A friend encouraged her to consider running for the Illinois state representative position in 1978, and her initial response was “Oh no, not me.” However, she eventually did consider the position, prompting a threat “saying that if I ran for the office it would mess things up for the independent Democrats who had been fighting the machine for so long….a black couldn’t get elected to this seat….That was when I made up my mind to do it.”

From the beginning of her career, Moseley Braun did not listen to outside voices attempting to lower expectations for her success. In an interview conducted on June 16, 1999, she explained how she built her political philosophy but how some did not believe in the trajectory of her career. In 1999, an older woman wrote to her saying, “Honey, I kept trying to tell you and you wouldn’t listen, I kept trying to tell you that you can’t do what those white people do.”

She became an Illinois state representative in 1966 and following an unsuccessful bid for lieutenant governor in 1986, served four years as Recorder of Deeds for Cook County, Illinois as the first African American elected to a Cook County executive position. In 1992, she challenged Senator Alan Dixon for the Democratic nomination and won, and then defeated Republican candidate Richard Williamson in November. She was sworn into office on January 3, 1993, as the first female U.S. senator from Illinois and the first African American woman to serve in the U.S. Senate.

As a senator, she became a spokeswoman for many issues as the only single, working mother in the Senate and received both praise and pressure from Americans. In Wayne D’Orio’s book “Carol Moseley-Braun,” she admitted:

“Defining myself, as opposed to being defined by others, is one of the most difficult challenges I face.”

When she arrived in Washington, D.C., Moseley Braun explained that a variety of perceptions were turned on their heads as people did not know what to expect from a black woman in this position of power. “People weren’t accustomed to seeing black women who wear Chanel suits,” she said in an interview about her time in the Senate. “Many black women wear Chanel suits…But it’s a point of commentary about me, because the image that people know—other than Clare Huxtable and Oprah—is of people who are poor.”

As a U.S. senator, Moseley Braun sponsored progressive education bills and campaigned for gun control. She was named to the Judiciary Committee, the Banking, Housing and Urban Affairs Committee, and the Small Business Committee. She was also a strong advocate for health care and education reform. In 1994, she established the Educational Infrastructure Act, which was designed to channel education funds into low-income communities. In 1999, she became the U.S. ambassador to New Zealand, a position she held until 2001. In 2004, she ran (unsuccessfully) for the Democratic nomination for president.

Moseley Braun serves as the nexus between Black History Month and Women’s History Month as one comes to a close and the other begins. She is an inspiration for both groups as she dreamed beyond the boxes that had been drawn around the African American woman’s story, and instead, wrote a story of her own.

Today, Moseley Braun is a visiting professor of political science at Northwestern University.