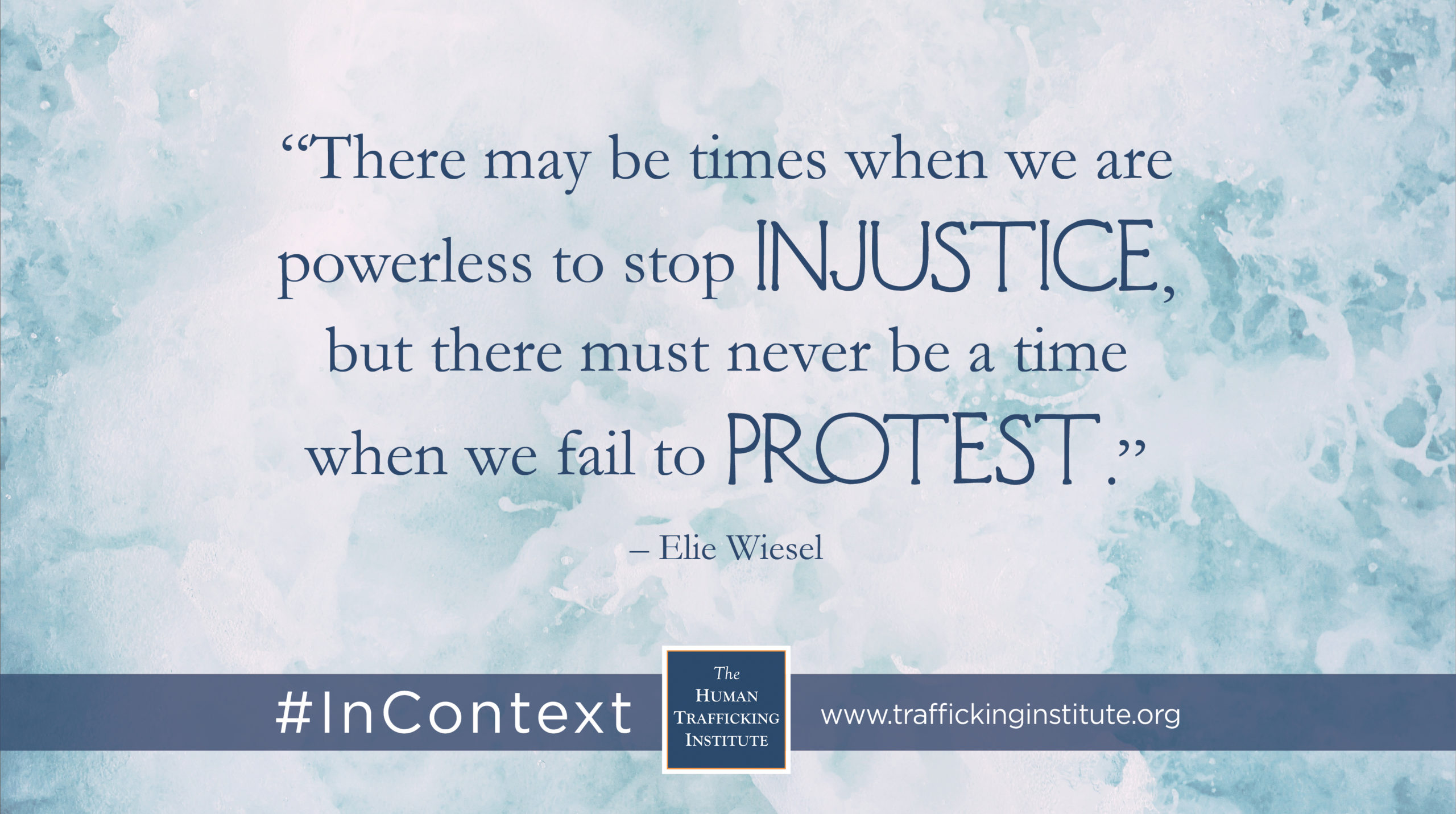 Elie Wiesel is a Holocaust survivor. Born into a family of Romanian Jews in 1928, he found himself trapped in the Nazi concentration camp of Buchenwald during World War II. His parents and younger sister were killed before the Allies liberated the camp in 1945. Wiesel later chronicled these experiences in the critically-acclaimed memoir, Night, originally published in French in 1958 as La Nuit. It was followed by two novels, Dawn and Day, which offered further reflection on the Holocaust.

In 1986, Wiesel won the Nobel Peace Prize for advocating on behalf of Jews and other persecuted groups worldwide. (Click here to listen to his acceptance speech given on December 10, in Oslo, Norway.) In his Nobel Lecture, given on December 11, 1986, he explains the importance of memory for moving forward into a hopeful future.

Weisel opened his Nobel Lecture with an ancient legend of a Rabbi called Besht, who loses his mystical powers along with his memory. He regains his powers only with the help of a friend, who jogs his memory by reciting the alphabet over and over again, until words, then prayers and finally his entire past return to the Besht, who again becomes the powerful Rabbi he once was. Weisel follows the story with a claim: “… if anything can, it is memory that will save humanity.”

How could this be? Precisely because the great horror of the death camp experience was its enforced amnesia. Wiesel remarks that the prisoners were literally ordered to forget. Their possessions and loved ones were confiscated. They became nameless, faceless creatures without backstory or identity, trapped in an indefinite, numbing present until thrown into the fire. In his speech, Wiesel says that “the prisoners found themselves in a cultural and spiritual void.” Instead of being given marked graves, Elie’s parent’s were dissolved into ashes. Buchenwald was erasing Jews from memory, both individually and culturally.

Wiesel even blames the Holocaust itself on some sort of global memory loss. Speaking of German civilization he says, “All those doctors of law or medicine or theology, all those lovers of art and poetry, of Bach and Goethe, who coldly, deliberately ordered the massacres and participated in them. Could anything explain their loss of ethical, cultural and religious memory? How could we ever understand the passivity of the onlookers and – yes – the silence of the Allies?” So German civilization, but also human civilization more broadly, had experienced a relapse, an inexplicable break in the progress it had made.

In light of this, to forget the Holocaust would be a crime of its own. Wiesel says his people could avoid a lot of pain by simply forgetting. Nonetheless, “For us, forgetting was never an option.” He describes the urgency with which they recorded their stories, during and after the war. “The survivors wanted to communicate everything to the living: the victim’s solitude and sorrow, the tears of mothers driven to madness, the prayers of the doomed beneath a fiery sky.” Wiesel, and others like him, produced a flood of poems, letters, novels, memoirs and other literature, because those who did not survive seemed to deserve such a memorial. As Wiesel says, “Since the so-called civilized world had no use for their lives, then let it be inhabited by their deaths.”

Despite this body of Holocaust literature and the popularity of Holocaust history, mankind continues to forget. In his Nobel speech, Wiesel laments the terrorism of his mid-1980s, including the Apartheid of South Africa, where legalized racism seemed to him all-too-similar to Hitler’s Nazism.

And so Wiesel suggests redoubling our efforts. In order to remember, we have to constantly remind ourselves. We remind ourselves and others of past horrors, until the lessons of history sink in. We must speak out against evil in our time, recognize it as something we have seen before, and that we know will bring ruin to everyone involved. This is why Wiesel closes his Nobel Lecture with a moral imperative:

“Because I remember, I have the duty to reject despair. I remember the killers, I remember the victims, even as I struggle to invent a thousand and one reasons to hope. There may be times when we are powerless to prevent injustice, but there must never be a time when we fail to protest. The Talmud tells us that by saving a single human being, man can save the world.”

While those who are presently enslaved may be powerless to their trafficker, let us join them in protest and work to prevent future injustices.