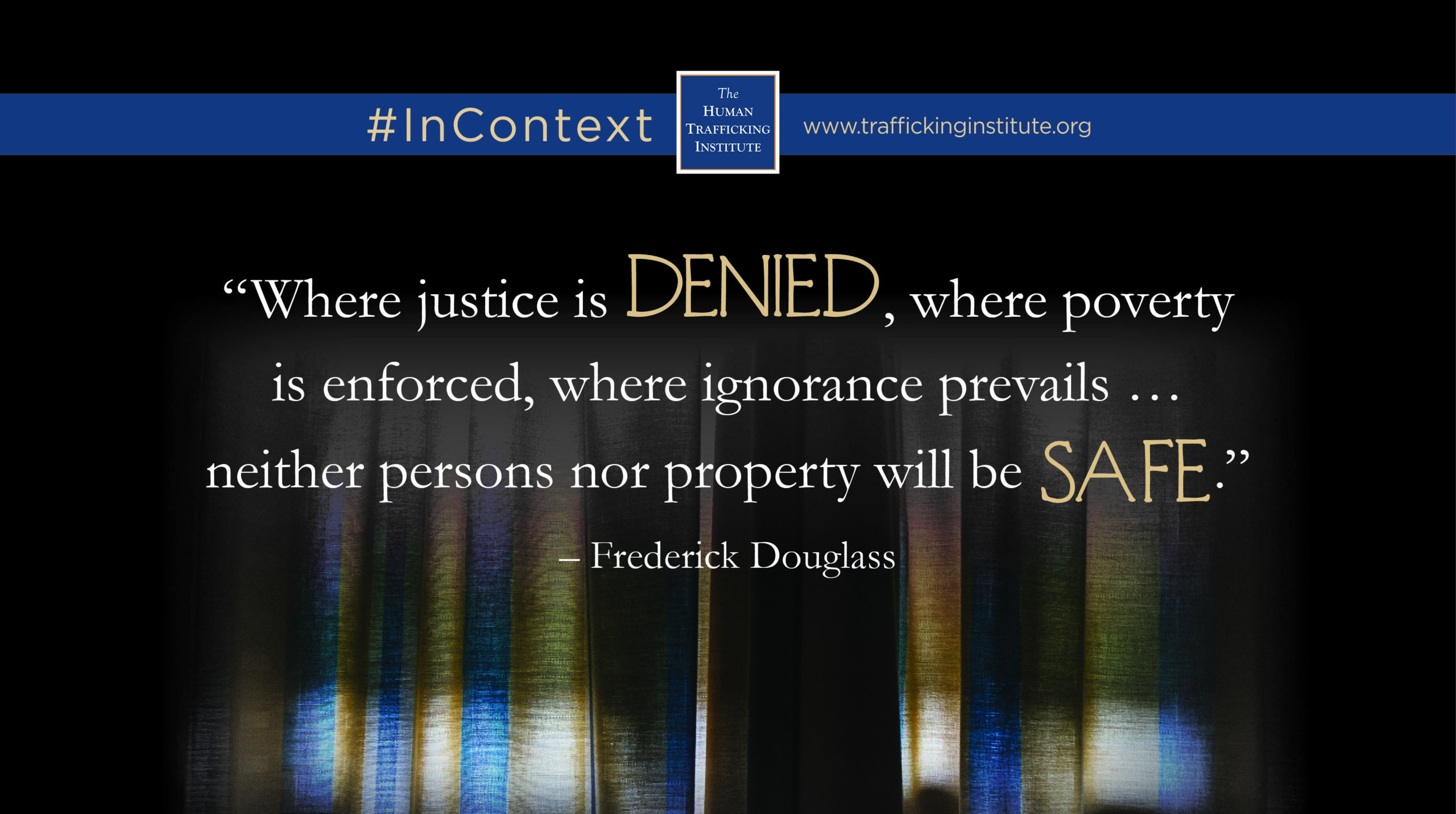 By: TAKIM WILLIAMS Frederick Douglass was a well-respected abolitionist, social activist, orator, and statesman. Born into slavery in Maryland in 1818, his story is one of overcoming oppression in order to pave the way for others to do the same. All three of his autobiographies, from Narrative of the Life of Frederick Douglass in 1845 to The Life and Times of Frederick Douglass in 1881, recount the story of his life so far situated within the broader context of American social inequality. His story was a call to action. Douglass escaped slavery with the help of a free black woman who would later become his first wife, Anna Murray. She paid for his train ticket to the free state of New York. The two married and moved to New Bedford, Massachusetts, where they had their five children and joined the local abolitionist community. As a slave, Douglass had taught himself to read, and at the age of 12 bought a book of famous speeches called The Columbian Orator. There is little doubt the book contributed to his talent as a public speaker. The Massachusetts Anti-Slavery Society recognized the compelling way he told his own story of slavery and escape and hired him to travel on the speaking circuit. Douglass quickly became a national figure and a slap in the face to the Southern culture that still considered him a fugitive slave. Douglass became legally free when a group of abolitionists decided to buy his freedom. He moved to Rochester, New York, where he founded an anti-slavery newspaper, The North Star. During the Civil War, Douglass pushed for African Americans to join the Union military. He even met in person with President Abraham Lincoln to demand equal pay and fair treatment for the heroic, all-black 54th Massachusetts Volunteer Infantry. Before the war was over, Douglass had assumed that emancipation was achieved and was already advocating for equal citizenship, knowing freedom from slavery was only the first step toward equality. The 13th, 14th, and 15th amendments were all steps in the right direction for Douglass. Douglass continued to advocate for both minority and women’s rights until his sudden death of a heart attack in 1895. It was in 1886, on the 24th anniversary of emancipation, that he gave the speech that includes his well-known quote:

“Where justice is denied, where poverty is enforced, where ignorance prevails, and where any one class is made to feel that society is an organized conspiracy to oppress, rob, and degrade them, neither persons nor property will be safe.”

More than two decades after his fellow African-Americans officially joined him in freedom, Douglass was just as passionately fighting for their true emancipation. He knew most blacks were still denied a decent education and felt their ignorance was a form of bondage. He saw debt and poverty systematically heaped upon blacks in the South in order to force them into the labor of sharecropping. These and other forms of discrimination comprised the denial of justice and the “organized conspiracy” against black America that Douglass believed threatened the safety of all. Today, global emancipation is a couple of decades old. Since the turn of the millennium slavery in all of its forms has been illegal in almost every country. Nonetheless, the poorest and least educated citizens, particularly in the developing world, are kept poor and ignorant and exploited for their labor. They are officially free, but they are not safe. Like Frederick Douglass, the Human Trafficking Institute is dedicated to making freedom a reality. Click here to learn more about the Institute’s Douglass Fellowship program.