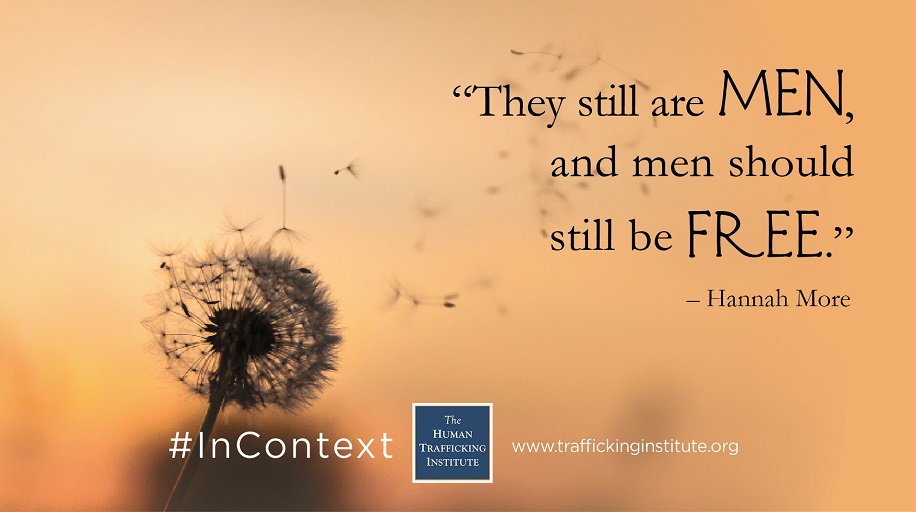 Hannah More was born February 2, 1745, in Gloucestershire (near Bristol), England. Her father, a schoolteacher, encouraged More’s and her four sister’s education. As a child, she was enraptured by writing. By the time she was a teenager, More wrote her first play to be performed at the girls’ school she attended, which was started by her older sister. After completing her studies at the girls’ school in Bristol, she returned as a teacher. At age 22, a landowner named William Turner fell in love with More. Although he was 20 years older than her, she accepted his proposal only to have him continuously delay the wedding. After six years, More grew frustrated with the delay, and they mutually broke off the engagement. Turner offered to pay her a regular sum each year as compensation for the broken engagement, which she initially refused by later reluctantly accepted. This annual income allowed More to give up teaching to become a writer. After this debacle, she decided to never marry.

In the 1770s, More began regular visits to London, where she became acquainted with a group known as the Bluestockings. The Bluestockings Society, named for allowing people to come in their ordinary “blue stocking” clothes, was a group of women who tried to replace the common evening pastime of playing cards with discussing literature and current events. She met David Garrick and his wife Eva after Garrick heard that More was a great admirer of his. The Garricks and More became good friends. He produced her first two plays, The Inflexible Captive (1775) and Percy: A Tragedy (1777). She was devastated by his death in 1779 and after a failed play called The Fatal Falsehood (1779), she gave up playwriting.

More stayed in London enjoying the company of ‘fashionable’ society, including becoming friends with many religious figures. In the late 1780s, she met the ‘Clapham Sect,’ a group of evangelical Christians that opposed the slave trade. Through their influence, she became an evangelical Christian and fierce abolitionist. She moved away from London to a home near Bristol, living a simpler life. She was friends with William Wilberforce and John Newton, a former slave trader and writer of the hymn Amazing Grace. In 1788, she wrote ‘Slavery, A Poem’ to coincide with Wilberforce’s argument against the slave trade in Parliament that same year. In it, she writes,

“Let Malice strip them of each other plea,
They still are men, and men should still be free.
Insulted Reason loathes the inverted trade —
Loathes, as she views the human purchase made;
The outraged Goddess, with abhorrent eyes,
Sees Man the traffic, souls the merchandise!”

She wrote a similar poem titled, “The Sorrow of Yamba,” which tells an enslaved woman’s story. Both poems served as important documents in circulating abolitionist sentiments around England and argued that slavery was morally wrong and incompatible with Christianity. She wrote many opinions on moral living and Christianity throughout the later years of her life.

Despite her progressive stance on abolition, More believed in social classes like the majority of her contemporaries. In 1792, her book Village Politics, which she wrote under the male pseudonym Will Chip, encouraged the poor to have faith in God and accept their situation in life. This was written as a counterargument against the French Revolution and Thomas Paine’s The Rights of Man. However, she still believed the poor deserved a degree of education, and opened schools for children and clubs for women teaching literacy and religious doctrine. With the help of her sisters, she opened over a dozen “Sunday schools” for children, many near her home. She was opposed by many who believed that any education for the poor would cause social uprising and hurt the agriculture industry.

More was also involved in the pre-feminist movement. In her Strictures on the Modern System of Female Education, she stated that women were the moral compass of society and should be well educated, albeit applying to only wealthy women and for the purpose of fulfilling traditional societal roles in the home. Her only novel, a bestseller titled Coelebs in Search of a Wife (1808), told the story of a bachelor seeking a wife. He finally finds one in Lucilla Stanley, a woman of intelligence and proper values. This was further argument that women should be educated and intellectual companions of their husband.

After publishing her novel, More lived the rest of her life in poor health and her writing decreased. Although retired, More continued to open her home to visitors, including the young William Gladstone who would later become British Prime Minister. Those who knew her said she maintained a “cheerful and even playful disposition” until her sickness overtook her. She died in 1833 and left all of the money she had made from her books, around £30,000, (equivalent to over £3,000,000 pounds – or nearly $4 million – today) to charities and religious organizations.

Hannah More regarded her work as one of the most fulfilling aspects of her life. She consistently used the resources she had to help others and advocate for reform. More believed that all people should be free, and that slavery was a societal scourge that must be fought. At the Institute, we hope to follow in the footsteps of the abolitionists before us, understanding that their work is not over. We are committed to fighting for justice for victims of human trafficking until all are free.