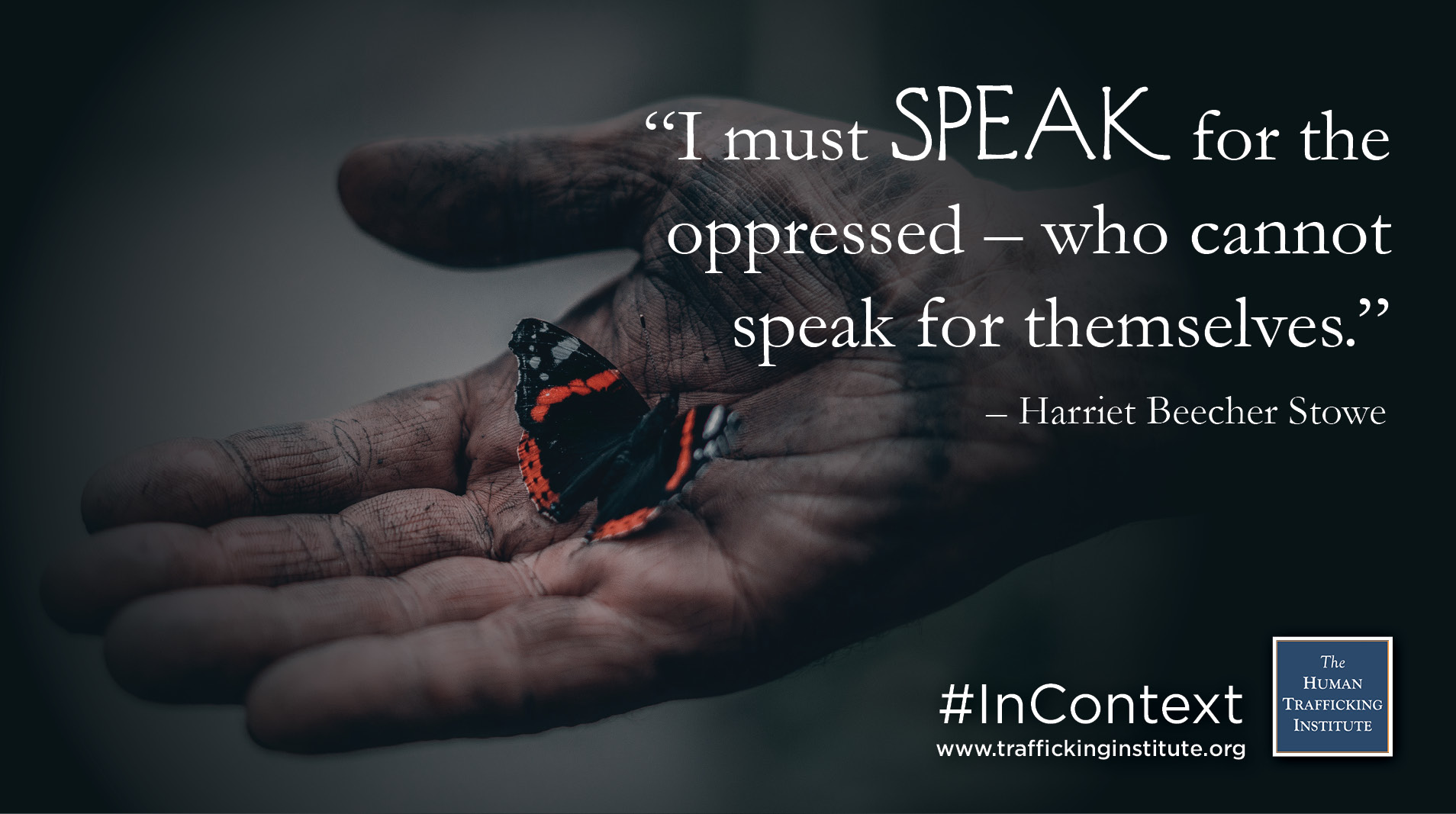 Social reform ran in Harriet Beecher Stowe’s blood. She was the daughter of a prominent New England minister, and sister to educators, writers, influential ministers, and feminist advocates. In a time where women were discouraged from publicly expressing their views and could not vote or hold office, Stowe used writing to affect change. She published multiple works a year over her 51-year writing career, but is most well-known for Uncle Tom’s Cabin, a narrative that helped spark a national conversation about slavery that ultimately led to the American Civil War.

Stowe was born on June 14, 1811, in Litchfield, Connecticut, to a family of social reformers. Many of her family members were abolitionists, but even still, Stowe grew up in a home with two indentured African American women and one African American employee. Stowe spent much of her life in the North where slavery was illegal, but she spent 18 years living in Cincinnati, Ohio, where she was just across the river from the southern state of Kentucky. There, she encountered fugitive slaves and learned about life in the South. Upon visiting Kentucky, she witnessed slavery on a plantation, which would become the inspiration for Shelby’s farm in Uncle Tom’s Cabin.

Although Stowe had long been opposed to slavery, two significant events prompted her to write Uncle Tom’s Cabin. First, in 1849, she lost her 18-month-old son, Samuel Charles, to cholera. Stowe credited this experience with allowing her to understand the pain of enslaved women whose children were taken from them and sold. Then, the Compromise of 1850 was enacted, creating the Fugitive Slave Law. This new law required all citizens, in both the North and the South, to help catch escaped slaves and created penalties for those who refused. This law effectively made it illegal for Northern citizens to be opposed to the institution of slavery in the South. The law also allowed anyone to be accused of being a fugitive slave and taken in front of a commissioner who was financially incentivized to return accused individuals to slavery. Stowe was enraged by the law and personally disobeyed it by hiding a man who had escaped from slavery. The combination of these two events led Stowe to write the story that took America, and the world by storm.

In 1851, Harriet Beecher Stowe contracted to “paint a picture of slavery” in three or four installments in an abolitionist newspaper. She instead wrote more than 40 installments of what became Uncle Tom’s Cabin, a fictional narrative rooted in the reality of slavery. Stowe based the narrative on accounts of friends and fugitive slaves, her own visits to Kentucky, and evidence that she chronicled in The Key to Uncle Tom’s Cabin. Later published as a two-volume book, Uncle Tom’s Cabin, was an international best seller, and the second most purchased book of the 19th century.

In a letter to Lord Denman, a British jurist and abolitionist who was a fan of Stowe’s writing, Stowe said,

Speak she did. In a time where slavery was a highly divisive topic, Stowe helped tell the story of the enslaved, and poignantly demonstrated the effect of slavery on people and families. This context gave a new vigor to the abolitionist movement, and Stowe became a leading voice in the fight for freedom in the United States.

Stowe leveraged her writing skills and her liberty to speak for the voiceless oppressed. At The Human Trafficking Institute, we are enabling lawyers and investigators around the globe to use their professional skills to end slavery. What skills can you use to enact social change and advocate for the oppressed today?