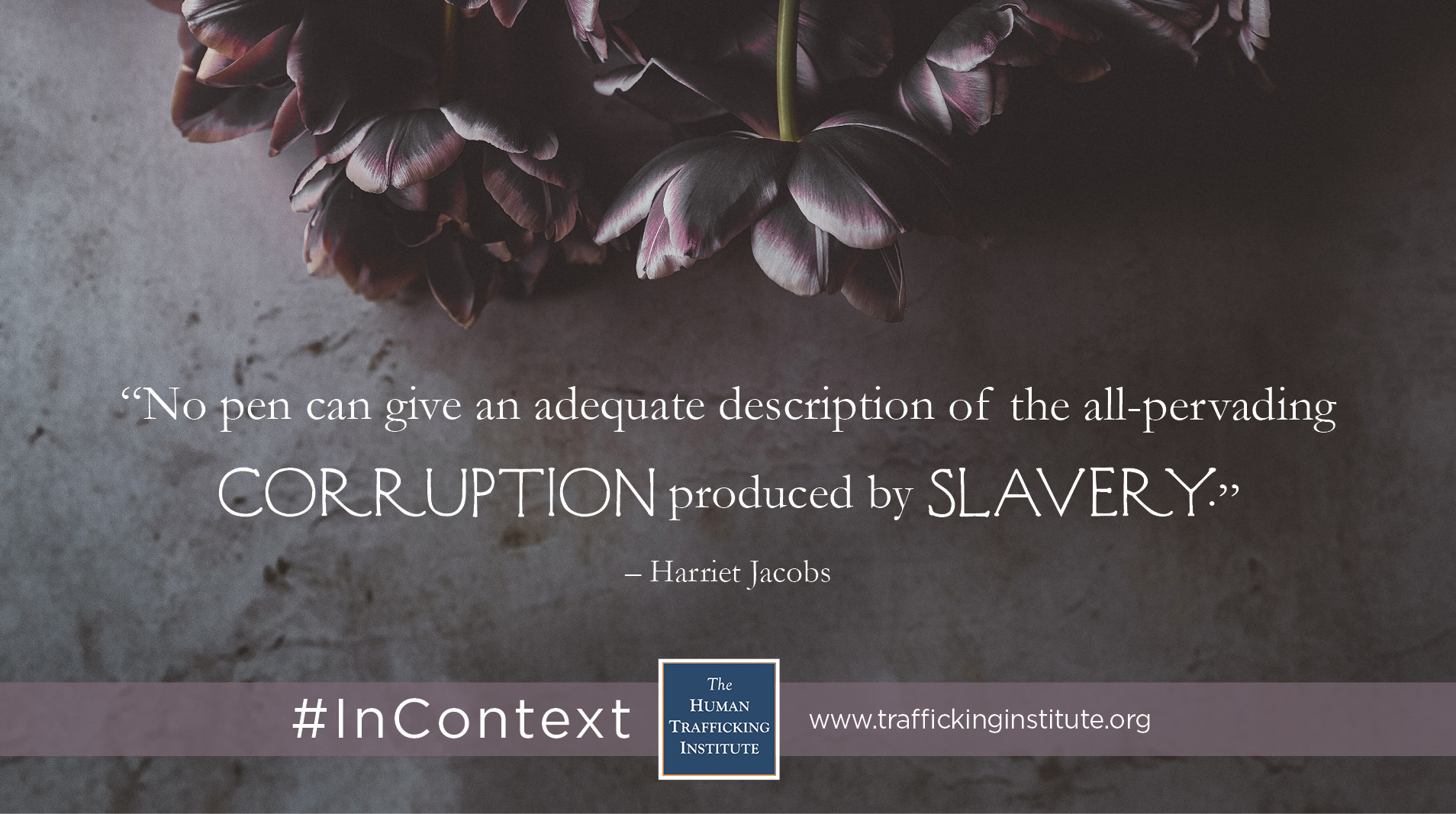 For some individuals, freedom is never an option to begin with. They are born into the world without rights, without justice, and without a regard for their dignity. This is the life of Harriet Jacobs.

Harriet Ann Jacobs was born into slavery on February 11, 1813 in Edenton, North Carolina. Her father was a biracial enslaved carpenter named Elijah Knox. Knox’s father was white and his mother was black. Similarly to her father, Harriet’s mother was also an enslaved African American woman, and her parents belonged to different owners. During the 1800’s, the status of a child born from slave parents was determined by a legal doctrine known as Partus Sequitur Ventrum, which stated that slave or free status was determined by the mother’s standing. If the mother was enslaved, so too were the children.

Jacobs’ father was a skilled carpenter and earned enough to allow her and her brother to live in a comfortable home during the early years of their lives, removed from the brutality of slavery. In 1819, at the age of six, Jacobs’ world came crashing down around her following the death of her mother. She was sent to live with her mother’s owner, Margaret Horniblow. Margaret was a relatively kind owner who took Jacobs in and taught her how to read, write, and sew.

Five years later, Margaret fell ill and insisted in her will that Harriet be left to her niece, Mary Norcom. Jacobs would look death in the face a second time, as Horniblow died three months later. Given that Mary was only three years old at the time, her father, James, legally became Jacobs’ de facto master. In the years following Margaret’s death, Jacobs was sexually harassed and forced to work at the hand of Mr. Norcom. She worked in the fields, tended to Mary, and constantly evaded James’ advances, often resulting in beatings and punishment. Later reflecting on the events in her autobiography Incidents in the Life of a Slave Girl, Jacobs wrote:

“I was born a slave, but I never knew until six years of happy childhood had passed away. I was so fondly shielded that I never dreamed I was a piece of merchandise, trusted to (slave owners) for safe keeping, and liable to be demanded of them at any moment.”

As a teenager Jacobs fell in love with a free African American carpenter and sought a life with him. She was convinced she would marry him and finally be free, however Mr. Norcom refused to grant her freedom, regardless of the man’s status. Feeling defeated, Jacobs sought a liaison with a white lawyer named Samuel Tredwill Sawyer. Together, they had two children who unfortunately fell victim to Partus Sequitur Ventrum, and were seen as the property of James Norcom.

After the children turned six, Norcom planned to have them work in his field. To avoid this and save her children, Harriet devised a plan to run away. She hoped that if she disappeared, Mr. Norcom would sell her children, making it possible for their father to buy them and eventually free them. The children were subsequently bought and freed, but Jacobs remained enslaved. She decided that in order to stay close to her children while at the same time causing Norcom to believe she fled far North, she would hide in plain sight and take refuge in the crawlspace above a storeroom in her grandmother’s house. She told nobody about her plan, not even her children. She remained in hiding for seven years, seeing her children grow up through a crack in the floor and missing the most important part of their lives.

It wasn’t until 1842 that Jacobs began her true quest to acquire freedom. She knew that leaving her children behind as a way to escape slavery would be the hardest thing she had ever done, but decided to move forward with the plan nonetheless.

She traveled north, hiding along the way with neighbors. Once she arrived, Jacobs made arrangements to have Sawyer send her daughter to Philadelphia, where she reunited with her briefly. Two years later, she arranged for her son to be sent to Boston, where she remained in hiding.

In 1850, Congress passed the Fugitive Slave Act of 1850, which forcibly compelled citizens to assist in the capture of runaway slaves and denied them rights such as trial by jury. During the same year, James Norcom died, passing ownership to his daughter Mary. Mary attempted to capture Harriet and bring her back to slavery, but in 1852, Jacobs was finally able to escape once and for all, thanks to a generous group of Northern friends who bought her freedom.

Following her liberation, Jacobs continued to speak out against slavery and share her story with whoever would listen. She bore witness to the Civil War and the efforts of President Abraham Lincoln, and continued to advocate for the freedom of those around her. After writing her biography Incidents in the Life of a Slave Girl, she said:

“No pen can give an adequate description of the all-pervading corruption produced by slavery,”

Her words still speak volumes today. No matter how much progress is made, there is always more to do. Today, we continue to work to decimate slavery by speaking out. When we take one small step toward change, we choose to open a world of possibilities.