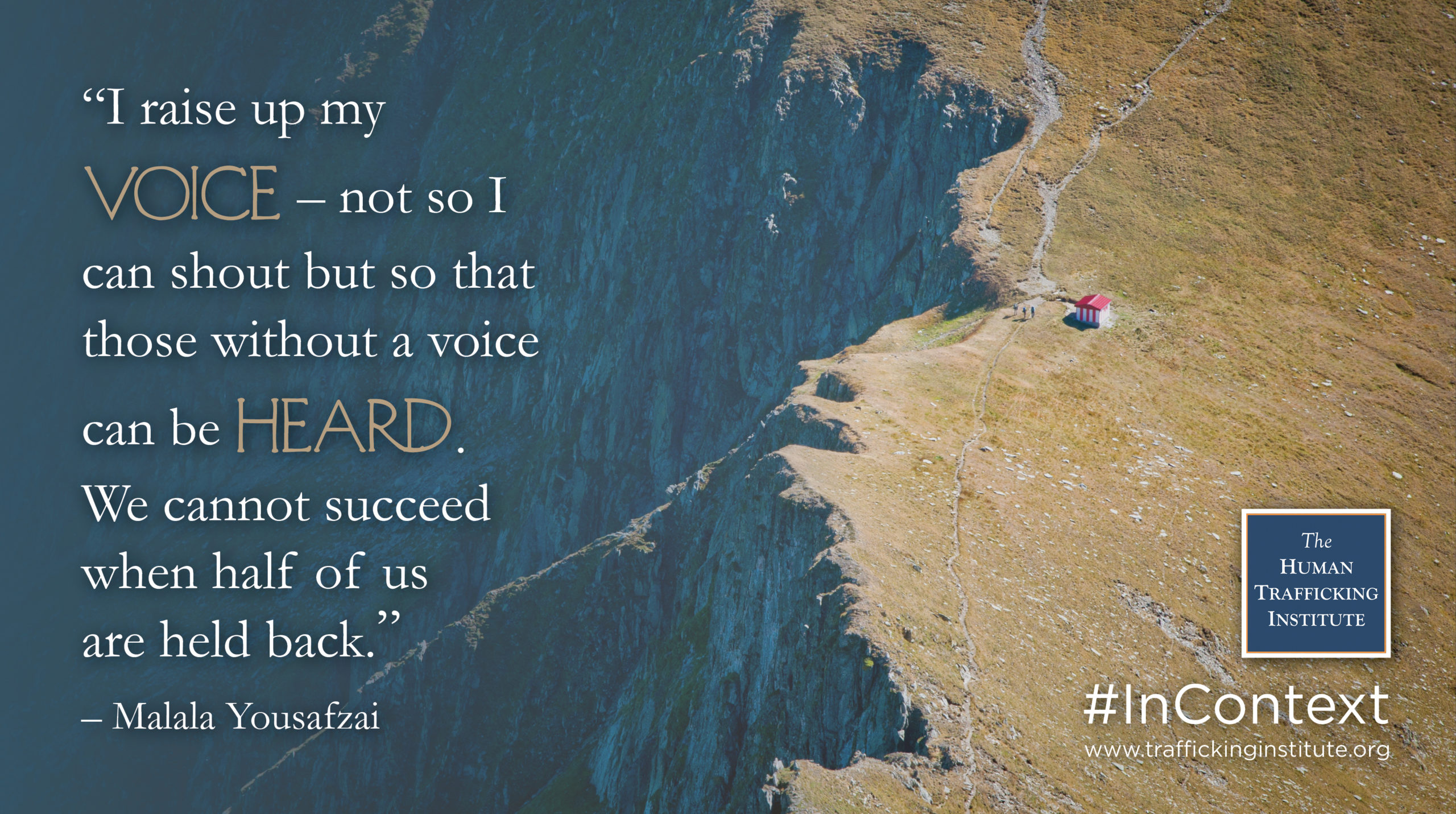 As the youngest Nobel Laureate ever, Malala Yousafzai is a powerful voice for the oppressed. She advocates for children’s rights across the world.

Malala was born in 1997 in Swat Valley, Pakistan. Though Pakistani women are typically not treated equally to men, Malala’s parents were determined to give her every opportunity that a boy would have. Her father, an educator, ran a learning institution that Malala attended. That school, along with exploring Swat Valley, fostered her love of learning.

In 2007, when Malala was 10 years old, the Taliban took control of Swat Valley. They quickly banned girls from attending school and prohibitted activities such as dancing and watching television. Those who defied the Taliban’s orders received harsh punishment including public execution. By the end of 2008, the Taliban had destroyed some 400 schools. In spite of this terror, Malala was determined to fight for education. She began to blog anonymously for the BBC about life in Swat Valley under Taliban rule and famously spoke out against the school closings, saying, “How dare the Taliban take away my basic right to education?”

The Pakistani army eventually forced the Taliban to retreat from Swat Valley, and schools began to reopen in November 2011. Though retaliation from the Taliban was possible, Malala publicly campaigned for girls to attend school. Because of this, she was awarded Pakistan’s first National Youth Peace Prize.

However, Malala’s increased prominence came at a cost: she became a target of the Taliban. On October 9, 2012, a masked gunman boarded her school bus, and shot Malala in the head, neck and shoulder. In critical condition, she was flown to the United Kingdom for treatment. The attack elicited protests from around the world as people took up Malala’s cause. The Pakistani government ratified its first Right to Education bill. The Malala Fund was launched to support education for all girls around the world.

Malala survived the attack and returned to the classroom only a few months after being shot. She continued to speak out against injustice, writing in her 2013 memoir, I Am Malala:

“I raise up my voice — not so I can shout but so that those without a voice can be heard. We cannot succeed when half of us are held back.”

And, in 2014, at age 17, she became the youngest recipient of the Nobel Peace Prize. Malala’s example of providing a voice to the voiceless inspires human rights activists everywhere. She continues to campaign for girls’ education and adds her voice to safety and equality for women everywhere.

Trafficking victims often do not have access to education, among other fundamental rights. The Human Trafficking Institute seeks to follow Malala’s example by breaking down the walls of modern slavery and adding our voice to the outcry against injustice.