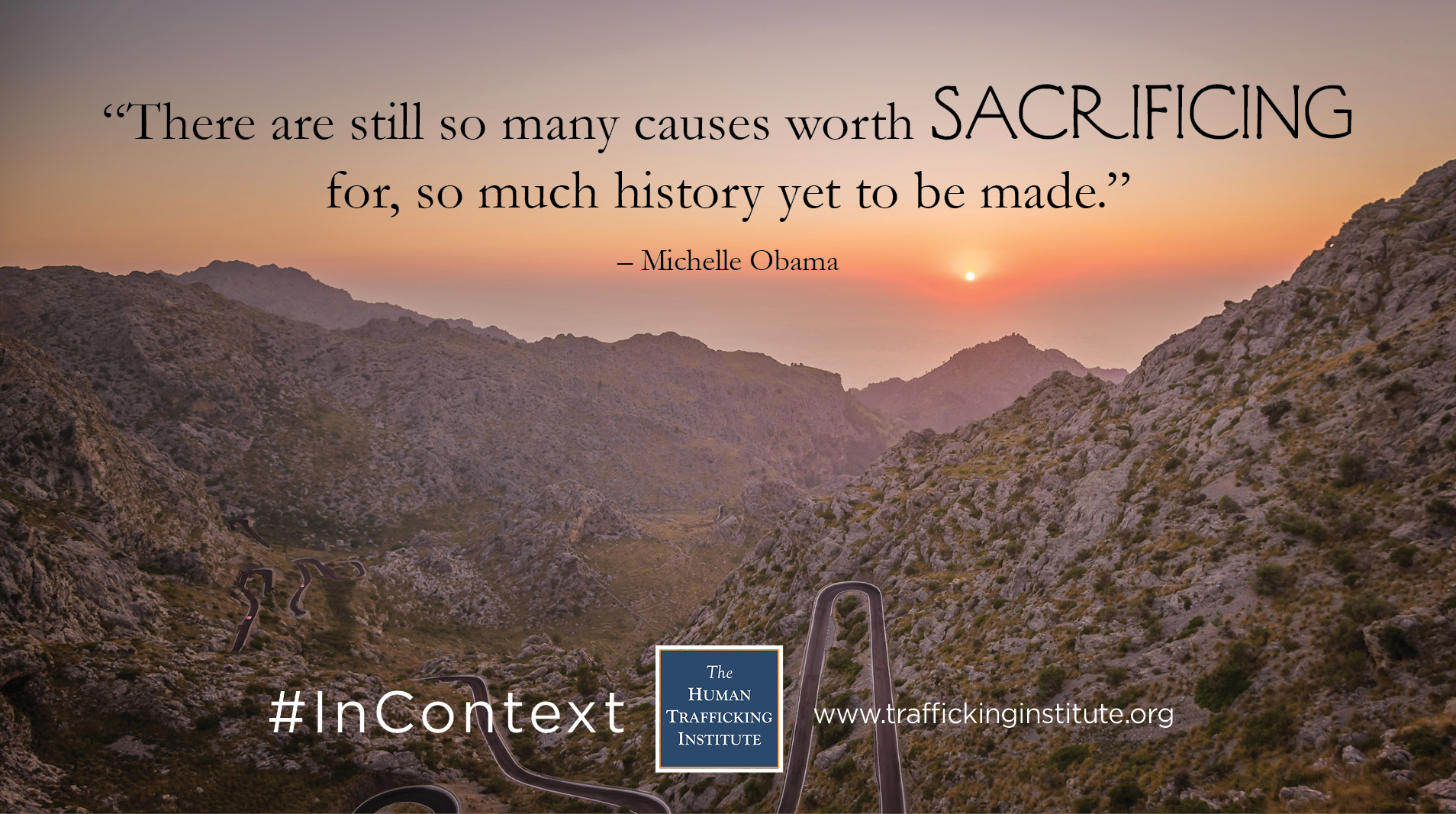 Former First Lady Michelle Obama quickly became a role model and idol for young girls around the world when she embraced the role of First Lady with grace and dignity. As a mother of two young girls, she called herself the “Mom in Chief,” while proving that women and girls can make history when they are given the tools needed to live up to their potential.

As First Lady, Michelle used her public platform to enhance society’s views regarding the roles of women and girls. She believed that when girls are educated, they can shape history by fighting for causes in which they believe. Michelle understood the value of education and launched the initiative called “Let Girls Learn,” designed to ensure that young girls receive a proper education. She stressed the importance of education, stating that educating girls transforms “the prospects of their families, communities, and nations….” Michelle noted that sending more girls to school and into the workforce can boost an entire country’s GDP.

Michelle personally understands the value of an education. Although she is a household name today, her own personal journey demonstrates the power of hard work in achieving success. Through perseverance, passion, and access to an education, Michelle’s career took her from Chicago to Princeton University and Harvard Law School. By sharing her story, she is able to relate to young girls around the world who have had similar upbringings and inspire them to overcome adversity.

In a keynote speech at the Young African Women Leaders Forum in Johannesburg, South Africa, she encouraged the young women in attendance to dream big. She emphasized that today’s generation can be the generation to “ensure women are no longer second-class citizens, that girls take their rightful places in our schools.” She said this generation may hold the answer to “banish hunger from this continent forever” and to bring opportunity and prosperity “to forgotten corners of the world.” Michelle challenged the young women to decide what their own legacy would be:

“But while today’s challenges might not always inspire the lofty rhetoric or the high drama of struggles past, the injustices at hand are not less glaring, the human suffering no less acute. So make no mistake about it: There are still so many causes worth sacrificing for. There is still so much history yet to be made.”

Change happens when ordinary people fight against the inequalities within their own communities, but it doesn’t require a public platform. One by one, young people around the world can work to change problems they are passionate about. At the end of the speech, Michelle reminds the young women that other peoples’ suffering should be everyone’s motivation to solve the world’s problems. Education leads to inspiration, which results in change. Education will open girls’ eyes to the many injustices that continue to exist and will empower them to create their own legacies and make history.