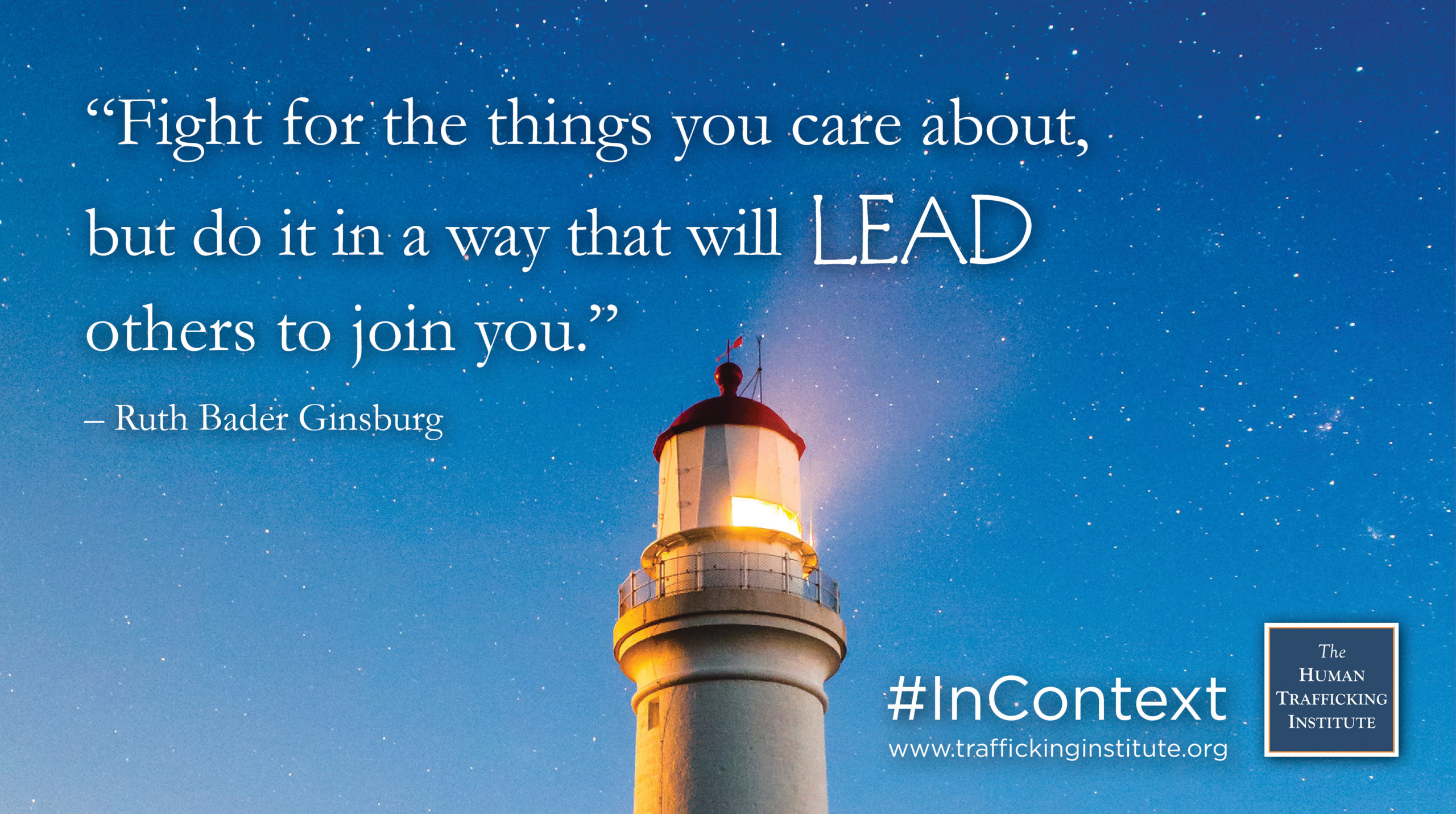 Ruth Bader Ginsburg is the second-ever woman to be a Justice of the United States Supreme Court. She has persevered through adversity in her education, her career, and her life, never allowing others to look down on her as a woman.

Ginsburg was born on March 15, 1933, in Brooklyn, New York. She grew up in a low-income, working-class neighborhood and quickly learned to value independence and education. Ginsburg excelled in her studies, graduating first in her class at Cornell University in 1954. Two years later, after marrying and having her first child, Ginsburg and her family moved to Cambridge, Massachusetts, where she and her husband attended Harvard Law School.

Ginsburg’s years at Harvard were nothing short of challenging. She had to balance life as a mother and a law student and found the academic environment to be hostile: the school was male-dominated with only eight other women in Ginsburg’s class of more than 500. The Dean of the school criticized Ginsburg for taking the place of qualified men who had to provide for their families. However, Ginsburg persevered and excelled—becoming the first female member of the Harvard Law Review.

Ginsburg’s academic career was put on hold when her husband was diagnosed with cancer. He eventually recovered, finished his own law school studies, and started working at a New York City law firm. However, his position in New York prompted Ginsburg to transfer to Columbia Law School in order to be with her husband. At 24 years old, Ginsburg was elected to the Columbia Law Review, and graduated top of her class in 1959.

In spite of her academic achievements, Ginsburg encountered discrimination and struggled to find employment. Eventually, she completed a clerkship with U.S. District Judge Edmund L. Palmieri and later taught at Rutgers University Law School and at Columbia Law School, where she became the first female tenured professor. Ginsburg faced gender discrimination throughout her career prompting her to hide her second pregnancy from her Rutgers colleagues. These experiences prompted her to shift her career focus toward full-time advocacy for gender equality.

After her professorship at Columbia, Ginsburg served as the director of the Women’s Rights Project for the American Civil Liberties Union. In this role, she argued six landmark cases on gender equality before the U.S. Supreme Court. Ginsburg believed the law was gender-blind and all groups were entitled to equal rights.

In 1980, President Jimmy Carter appointed Ginsburg to the U.S. Court of Appeals for the District of Columbia. Ginsburg held this position until 1993 when President Bill Clinton selected her to fill the vacant seat on the U.S. Supreme Court. Though some were skeptical on how a social advocate could transition to being a Supreme Court Justice, Ginsburg was easily confirmed by the Senate, 96-3.

Ginsburg continues to advocate for equal rights from the Supreme Court, favoring gender equality, the rights of workers and the separation of church and state. She famously wrote the Supreme Court’s landmark decision in United States v. Virginia, which held that the state-supported Virginia Military Institute could not refuse to admit women. In 1999, Ginsburg was awarded the Thurgood Marshall Award for her contributions to gender equality and civil rights.

In the 2015 illustrated biography, “Notorious RBG: The Life and Times of Ruth Bader Ginsburg,” she is quoted as advising young women to:

“Fight for the things you care about, but do it in a way that will lead others to join you.”

The book shares that Ginsburg told her clerks to avoid personal insults when painting the other side’s arguments, emphasizing the truth is weapon enough.

Ruth Bader Ginsburg continues to serve as a Justice on the U.S. Supreme Court and is considered a member of the bench’s moderate-liberal bloc. She has never missed a day of oral arguments.

Ginsburg has spent her life advocating for the issues she cares about. And she has done it in a way where others have joined her. The advancement of her career required perseverance through discrimination. However, Ginsburg didn’t sit on her laurels after a prestigious legal career. She continued to roll up her sleeves and got back into the fight for justice and civil rights. But she couldn’t win the fight alone. Ginsburg’s dissents, arguments, speeches, and writings have emboldened advocates across the political spectrum and from around the country to engage in meaningful, positive change toward a fairer, more equitable society.