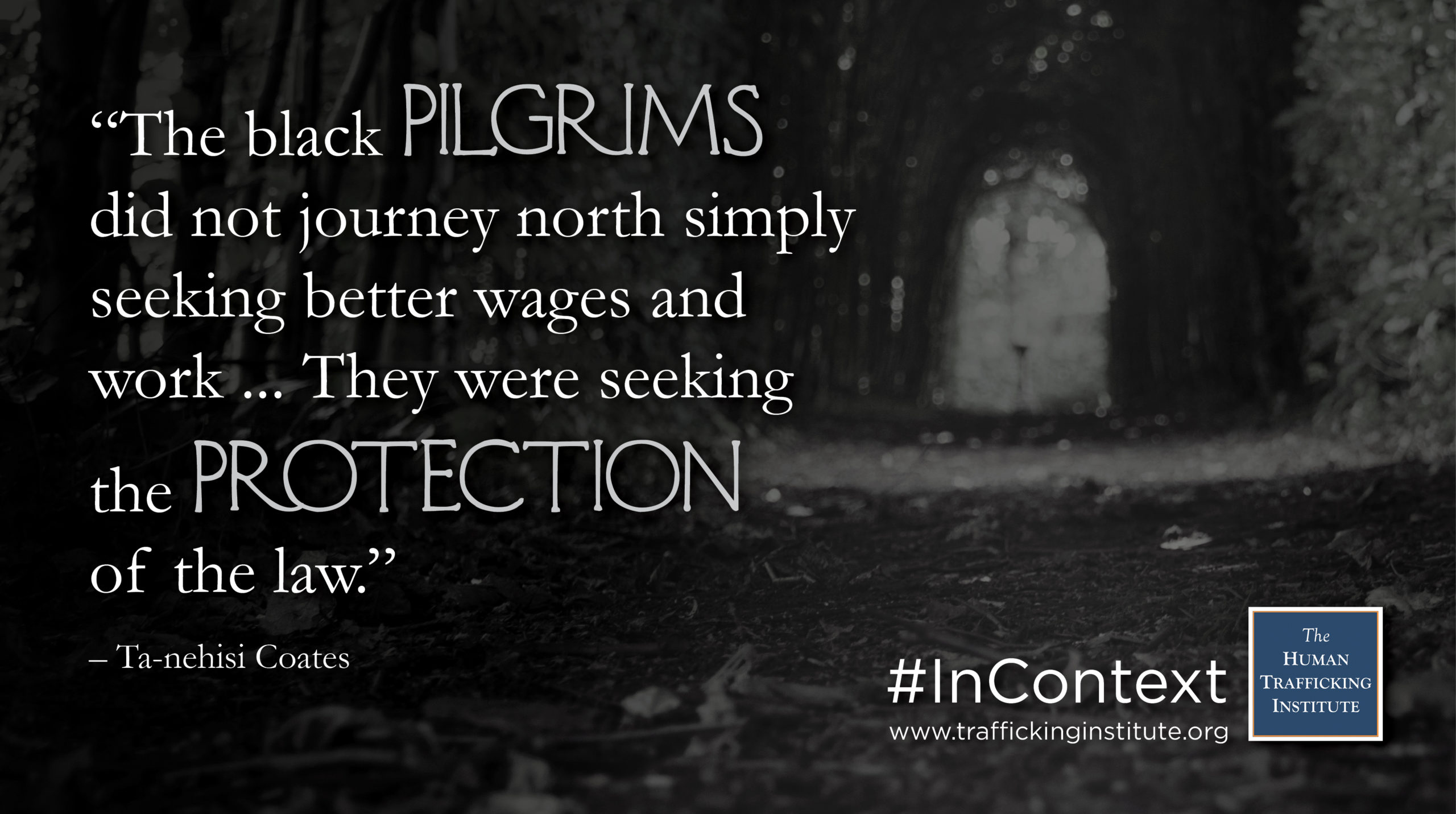 The experience of a trafficking victim is largely unaffected by statements written in their government’s database. Likewise, slavery did not end in the United States after it was outlawed by the Emancipation Proclamation and the 13th Amendment. According to the Slavery Convention of 1926, slavery is “the status or condition of a person over whom any or all of the rights of ownership are exercised.” Changing the law affects status, but only enforcement affects conditions.

In his article “The Case for Reparations,” Ta-nehisi Coates describes the continued plight of “freed” slaves and their descendants following the Civil War, “Having been enslaved for 250 years, black people were not left to their own devices. They were terrorized. In the Deep South, a second slavery ruled.” Coates’ “second slavery” is not meant to be a metaphor; not after federal troops withdrew from the South in 1877 and gave up on Reconstruction, leaving helpless former slaves at the mercy of landowners desperate for the same cheap labor their prosperity had always depended on.

Thus, says Coates, blacks fell into “debt peonage, under the sway of cotton kings who were at once their landlords, their employers, and their primary merchants. Tools and necessities were advanced against the return on the crop, which was determined by the employer. When farmers were deemed to be in debt — and they often were — the negative balance was then carried over to the next season. A man or woman who protested this arrangement did so at the risk of grave injury or death. Refusing to work meant arrest under vagrancy laws and forced labor under the state’s penal system.” This continued exploitation relied on the implicit consent, or at least the ambivalence, of the state and of bystanders and led to African Americans seeking out justice and enforcement of the new law.

“The Great Migration, a mass exodus of 6 million African Americans that spanned most of the 20th century, was now in its second wave. The black pilgrims did not journey north simply seeking better wages and work, or bright lights and big adventures. They were fleeing the acquisitive warlords of the South. They were seeking the protection of the law.”

The same situation is found in many countries today. Almost every nation has passed laws prohibiting human trafficking, and yet the global trafficking epidemic claims millions of victims. New laws are the first step. Now the laws have to be enforced, or traffickers will continue to exploit vulnerable people with impunity, as if nothing has changed.