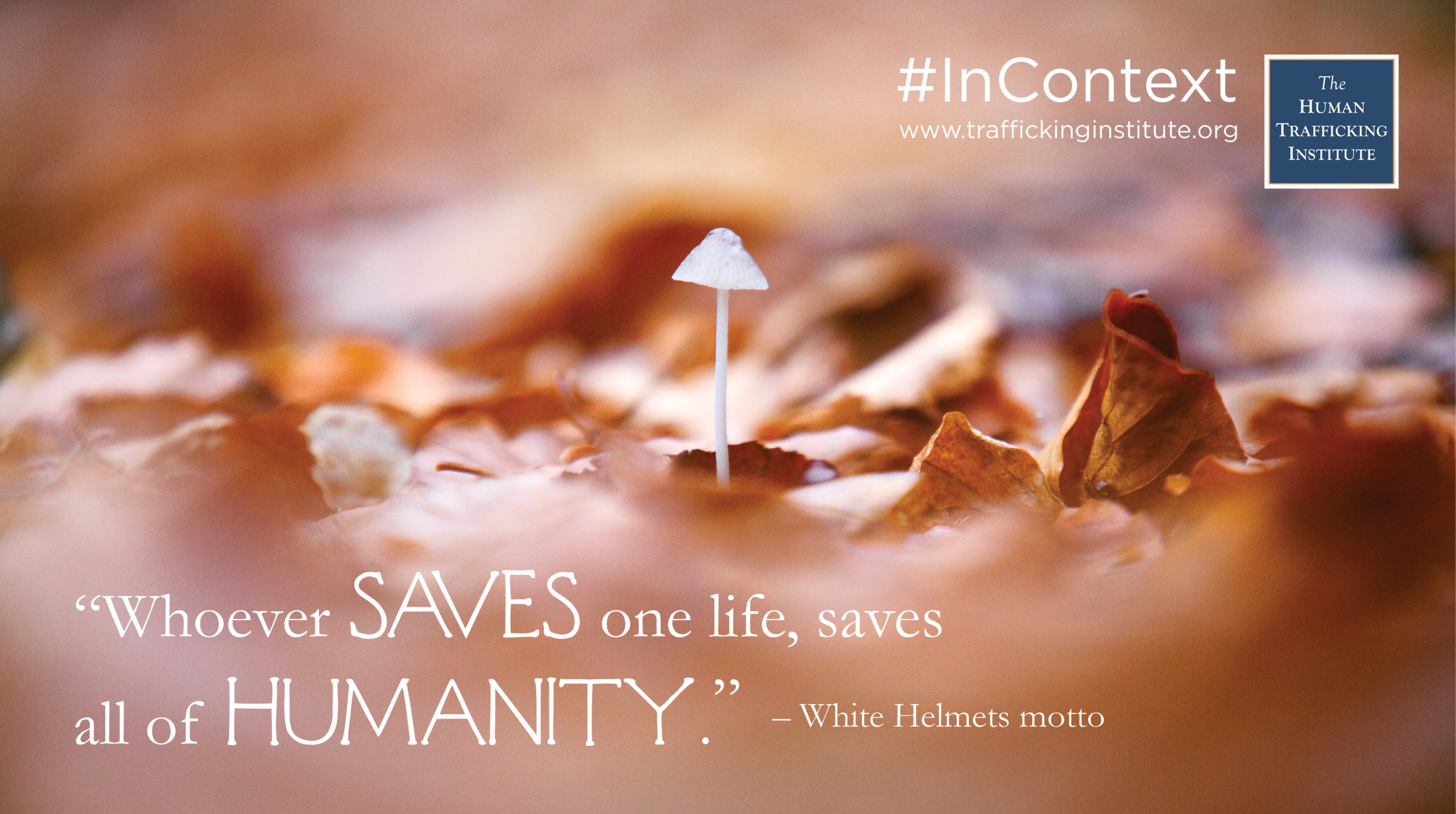 In the war-torn city of Aleppo, Syria, the White Helmets always run toward the bombs and screams. They are the Syrian Civil Defense. Nicknamed for their trademark headgear, they can be seen rushing through the city’s crumbling infrastructure to rescue civilians trapped under collapsed buildings. In a nation dominated by militant groups bent on subjecting the people to their political or religious will, the White Helmets are a solitary beacon of compassion. As a rule they are unarmed and neutral. They put themselves in harm’s way to aid those in need.

The situation in Syria is complex. It began in March 2011 when President Bashar al-Assad fired on peaceful civilian protesters. By the summer, the civilian protestors had become an armed group of rebels called the Free Syrian Army. Yet the rebels are not necessarily the good guys. Many of them became Muslim extremists under the banners of Al-Qaeda or ISIS. Over the next few years, other Muslim nations became involved, supporting one or another faction within Syria with money, troops, and weapons. The United States began supporting anti-Assad forces when Assad began targeting civilians with chemical warfare, while Russia decided to back the despot.

At this point, every group within Syria has bloody hands, with the exception of the White Helmets. While armed forces and meddling world powers are concerned with the details of alliances and enemies and who is or isn’t their target, the White Helmets stoically manage the mess, rescuing the injured regardless of their affiliation.

And mess management only gets harder. Assad plans to maintain control of his country at literally any cost, targeting not only citizens of Syria but also the very infrastructure of the city of Aleppo, making roads impassable and certain districts unlivable with the buildup of trash and sewage. As supporters of his regime have been known to say, “Assad, or we burn the country.” Even worse, Assad and the Russians have begun targeting the White Helmets directly. They use “two-tap” strikes, bombing the same area twice within a few minutes, as if using the screams of injured children and buried civilians as bait to lure the volunteers into the open.

Dozens of White Helmets have died. They show no signs of backing down.

What is their motivation? As Raed Saleh, the head of the White Helmets, said at the U.N. General Assembly in New York City, “At the end of the day, this is my country.” He was eager to return to the war-zone where his fellow volunteers were risking their lives, because he was unwilling to give up on his homeland or the people he cared about.

The White Helmets motto is a verse from the Quran: “Whoever saves one life, saves all of humanity.” While ISIS and other extremists seem focused on the intolerance of difference and judgement of infidels found in the Quran, the Syrian Civil Defense has chosen to emphasize the theme of human unity and commonality.

The priceless value of a single person saved is a theme that runs through the Abrahamic faiths. As for Christianity, in Luke chapter 15, Jesus tells the parable of the lost sheep, in which a shepherd with 100 sheep searches without rest for one lost sheep, and celebrates when he finally finds it.

Likewise, the Human Trafficking Institute affirms the incalculable value of each individual life. Trafficking is a global epidemic that sometimes seems impossible to cure, despite our best efforts. And yet each woman rescued from sex trafficking, every child saved from forced labor, every prevented enslavement validates all of the effort put in so far. We could all learn a lesson from the White Helmets’ perseverance. Celebrate the one, over and over and over again.