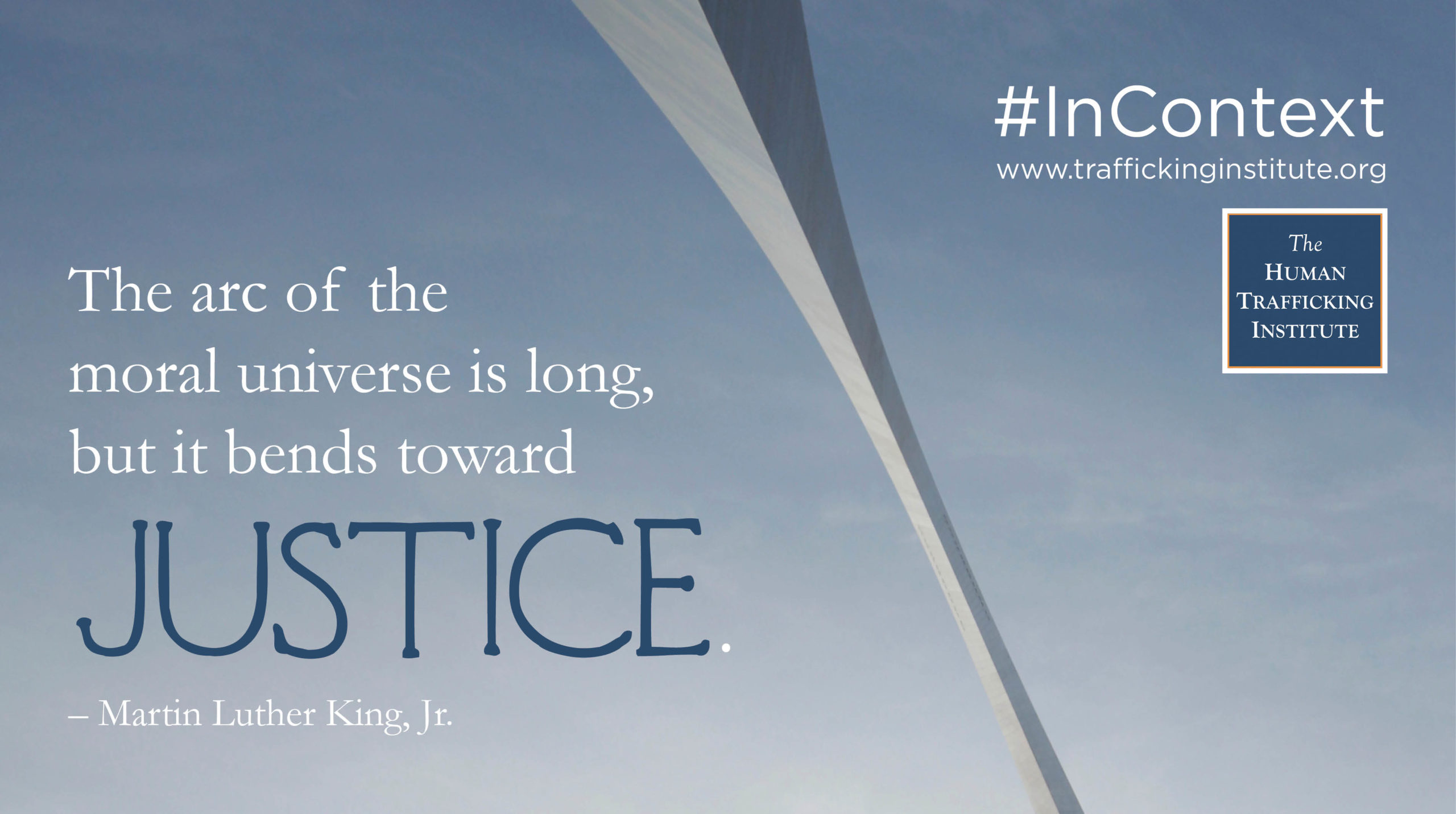 In light of that, King must have known that his 1965 audience would be more skeptical of his hopeful message. They were wondering how long it would take to achieve real change, if real change was even possible. King addressed their worries head on: “I know you are asking today, ‘How long will it take?’” (Click here to listen to King’s speech.)

He does not give an answer in his own words. And that is the genius of his climactic speech at the conclusion of the long march to Montgomery. Though he was an eloquent speaker in his own right, Martin Luther King Jr. had studied the great ones who had come before him. Heroes of the past had shared messages of hope in the face of injustice. But perhaps more importantly, the passage of time had proven them right. Using the words of other men lifted his audience’s perspective above their present frustration. He let history speak for him.

King provides these quoted answers and several others, including two full verses and the chorus of “The Battle Hymn of the Republic,” with its powerful refrain, “His truth is marching on.” This was a triumphant song composed at the end of the Civil War, celebrating the victory of justice.

“How long? Not long, because the arc of the moral universe is long, but it bends toward justice.”

This particular quote paraphrases a passage from a sermon given in 1853 by the abolitionist minister Theodore Parker, who said,

“I do not pretend to understand the moral universe. The arc is a long one. My eye reaches but little ways. I cannot calculate the curve and complete the figure by experience of sight. I can divine it by conscience. And from what I see I am sure it bends toward justice.”

Ten years before Abraham Lincoln’s Emancipation Proclamation declared the Southern slaves free, 12 years before the 13th amendment abolished slavery in the Union forever, Reverend Parker preached a message of hope for justice in general, and for the end of slavery in particular. He may not have known that the nation’s bloodiest war so far would be necessary to abolish the peculiar institution. But in a time when slavery was deeply entrenched in the Southern economy and the American way of life, his bold hope that things could change was validated.

While, slavery was replaced with the segregation and discrimination of Jim Crow. Jim Crow was also overturned. Though the words of Parker and King may sound at first like blind religious faith in the greater good, or comforting lies offered to suffering people, they turn out to be supported. The weight of history is on the side of justice.