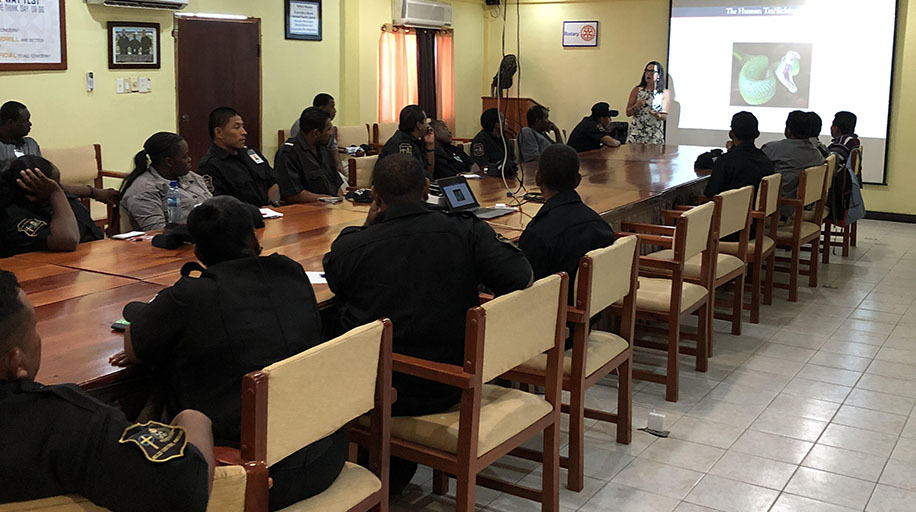 The Human Trafficking Institute partnered with the Belize Police Department to conduct Trafficking in Persons (TIP) Identification and Referral trainings at the Belize Central Prison in Hattieville, 15 miles southwest of Belize City. This series of five trainings began on September 18.

Virgilio Murillo, CEO of the Belize prison, called the prison to action and invited specialized training to better equip the prison staff to identify human trafficking cases and potential victims inside the prison walls. These trainings build upon Belize’s Trafficking in Persons Prohibition Act from 2013.

“Even with all the efforts of the Belize government to improve their response to human trafficking cases, because trafficking victims can often be both difficult to identify and reluctant to come forward, cases could be slipping through the cracks and victims could end up in prison without being identified,” said Dave Fillingame, Institute Special Counsel in Belize, who co-facilitated the training. “It is important for those who work at the prison to be able to detect when someone is a victim and know the appropriate way to respond.”

Twenty-six prison officers attended the first training, and by the end of the fifth training, it is expected 130 prison employees, including medical staff and counselors, will have been trained. These employees will be better informed when working with vulnerable individuals, and they will have a refined radar to detect who could potentially be a victim. “We want to increase their understanding of the issue and for them to know signs of trafficking and to look for indicators of when it could be present,” said Dave Rogers, Institute Director of Law Enforcement Operations, who co-led the training.

The training curriculum was created in collaboration between the Belize specialized ATIPS Police Unit and the Institute. It included a general overview of what trafficking is, common myths about trafficking, and an overview of Belize’s trafficking law. Marie Martinez Israelite, Institute Director of Victim Services, presented on the effects of trauma so staff could understand how the trauma endured by trafficking victims can make identification particularly challenging.

Inspector LeRoy Hernandez, head of the ATIPS Police Unit observed, “Trainings like this are important so that all government officials, who deal with vulnerable communities, understand the crime of human trafficking, and they know what signs to look for that might indicate a case of trafficking. They also need to know how and when to report a suspected case to the police so we can apply our expertise to actually investigate the crime, assist in presenting a proper case before the courts to successfully prosecute, and ultimately stop, the trafficker.”

Upon completion of the fifth training, 100% of the Belize prison staff, including guards, management, medical personnel, and any employee in the prison who may interact with inmates, will be equipped to identify potential victims of trafficking.

“Victim identification is the bedrock to combatting human trafficking,” said Lindsey Roberson, Institute Senior Legal Counsel. “So, the main focus of these trainings is to help the staff of the prison identify a particular vulnerable population and then equip them to interact with that population as well as to learn how to identify victims.”

When Belize officials come across potential trafficking victims and they know what signs to look for and who to refer those potential cases to, a funneling effect is created. “It increases the number of cases and investigations, and consequently increases the number of prosecutions going through the criminal justice system in Belize,” said Rogers. 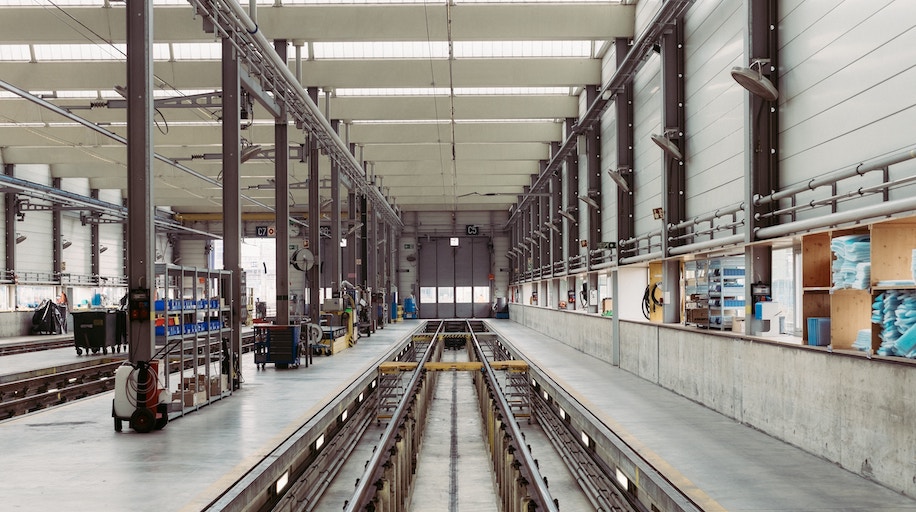