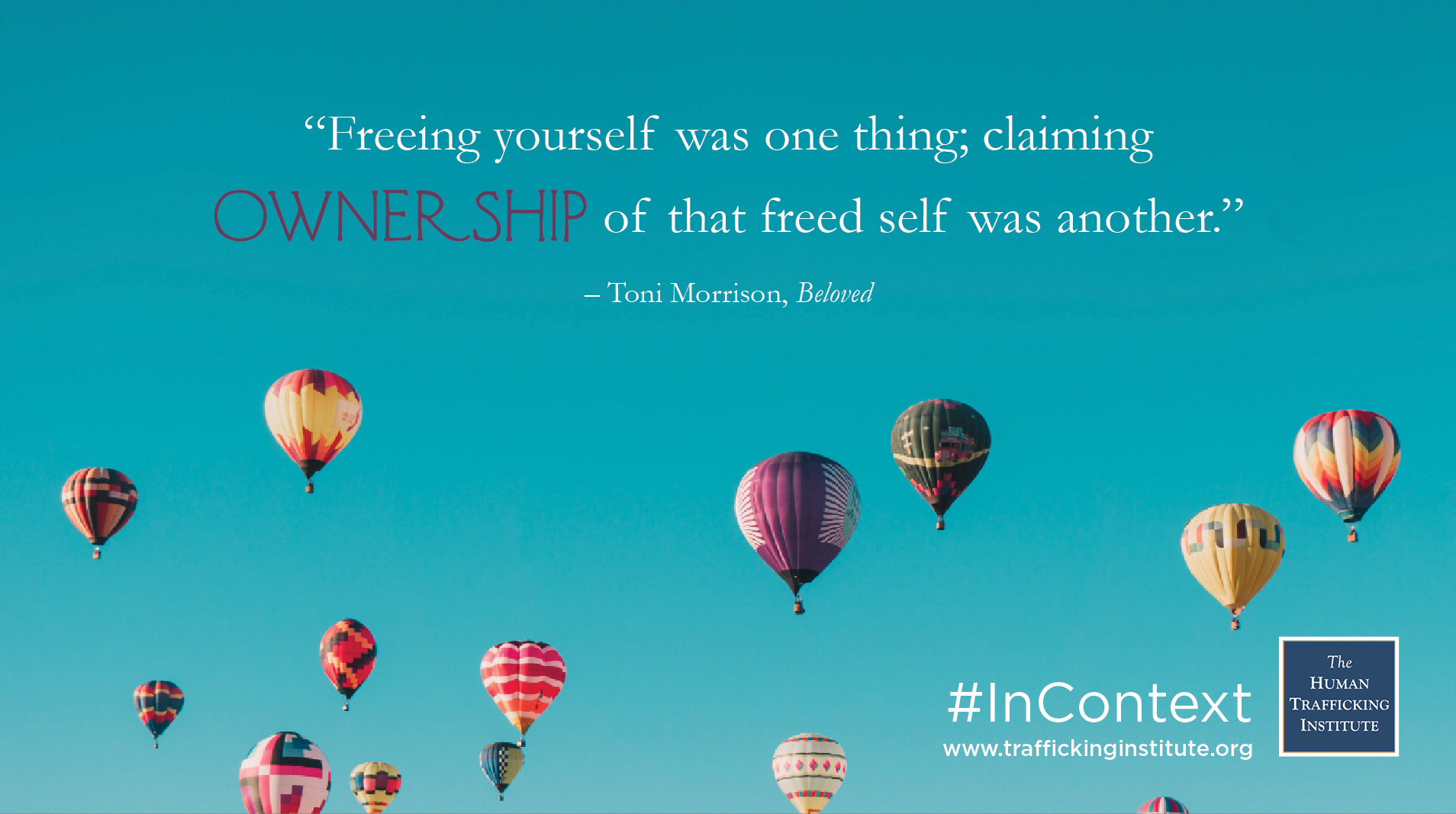 Editor’s Note: Like the rest of the world, we mourn the passing of Toni Morrison. She inspired so many thinkers, writers, creatives, and dreamers through her words. We are grateful for her immeasurable impact.

In the year 1873, Sethe is a former slave living in a haunted house in Cincinnati, Ohio. Eighteen years ago she escaped from the ironically named Sweet Home plantation in Kentucky, where she and her loved ones suffered atrocities that were worse than the risk of death. Sethe herself was raped by the two sons of the plantation owner, while her husband Halle looked on and was ultimately driven insane by the event. Two other Sweet Home slaves were killed for their escape attempt, including a man named Sixo who was burned alive. Sethe’s back was torn open by the whip when she was pregnant, creating a scarring pattern that is later described as a chokecherry tree. This is the last straw for Sethe, who despite being nine months pregnant and not yet healed from her whipping decides to run away to Ohio.

This is the brutal honesty of Toni Morrison’s novel Beloved. Most of the story’s events are revealed through the flashbacks of Sethe and the other former slaves in her little Ohio community, including fellow Sweet Home survivor Paul D, who makes his way to Cincinnati via a miraculous escape from a Georgia chain gang. Morrison’s characters spend so much time thinking about the past that they hardly seem to exist in their own present of 1873. And this is precisely the point. The emotional scarring of slavery stunts their enjoyment of the freedom the worked so hard to gain.

Just when it seems that the future may hold some promise, Morrison destroys hope with the most tragic reveal of all. Sethe and Paul D are kindling a romance, until he and the reader discover that Sethe attempted to murder all four of her children years ago. She had an episode of madness when a group of slave catchers approached her new home, and she decided that death would be better for her kids than slavery. She only successfully killed her unnamed infant daughter, known only as Beloved, who haunts her now.

Yet there are many positive moments. Against all odds, Sethe makes her journey from Kentucky to Ohio, giving birth on the way. She is welcomed into a community of free blacks and begins to learn the potential of her new freedom. They taught her to read and write. They taught her to sew. Above all they taught her “how to wake up at dawn and decide what to do with the day.”

For a born slave, not having orders was difficult to wrap her mind around.

“Freeing yourself was one thing; claiming ownership of that freed self another.”

Morrison shows that although casting off psychological chains is a process, it can be an enjoyable, beautiful process. Most importantly, it is possible.