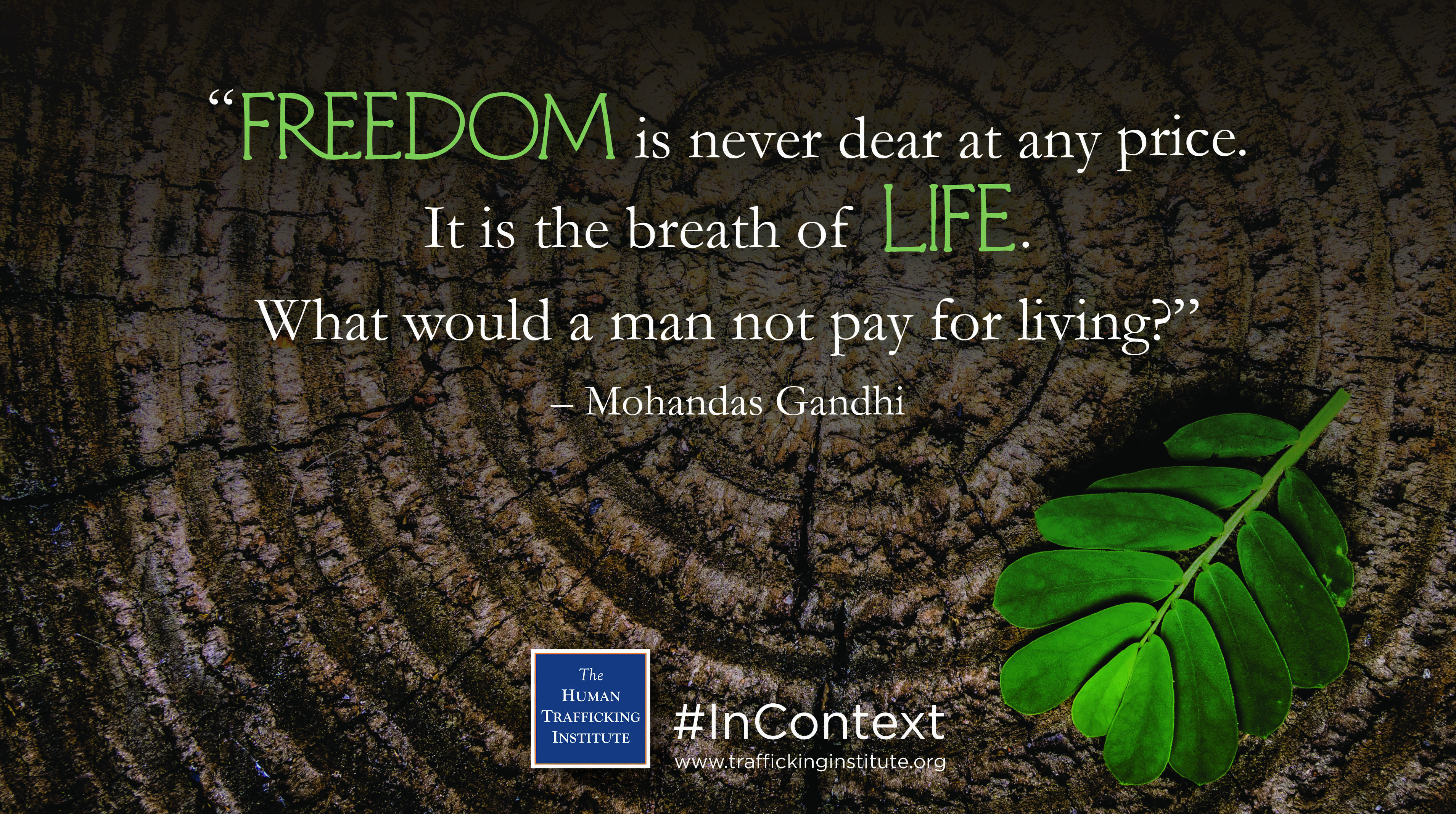 Mohandas Karamchand Gandhi, known as Mahatma meaning “Great Soul,” was born in 1869 to an elite family in northwest India. Influenced by Jainism, his mother taught him the virtues of tolerance, non-violence, and simple living that would reappear later in his political campaigns. In direct defiance of the elders of his caste, Gandhi left India to attend law school in London. His dismissal of the status quo in pursuit of what he felt to be right was a pattern from the beginning, starting with what the BBC called “his reckless teenage years.”

One day while practicing law in South Africa, Gandhi was forced to leave a first-class train car because of his brown skin. This injustice led him to found the Indian Congress to fight segregation in South Africa through non-violent protest. Their focus was equality for Indian immigrants, yet their struggle was part of the extended struggle against racism in South Africa, which would culminate with the anti-apartheid movement of the 20th Century. As Nelson Mandela himself wrote of his civil rights predecessor in Time Magazine, “India is Gandhi’s country of birth; South Africa his country of adoption.”

In 1915, Gandhi returned to India awakened to the plight of the lower classes in a way he hadn’t been during his upper caste childhood. Poverty was rampant and British laws seem designed to keep it that way, sucking Indian wealth toward England and leaving the native economy lame. In the 1920s, Gandhi transformed the Indian National Congress from an elite group into an Indian populist party, uniting the religiously diverse masses of Hindus and Muslims and others in an aggressive, non-violent campaign for Independence from Britain.

During World War II, Winston Churchill called on India to fight Hitler. Gandhi urged his country to refuse to fight for Britain while the British still oppressed India. Because of his non-violent protest in 1942, calling on Great Britain to “Quit India” once and for all, Ghandi and his wife were imprisoned. She died before he was released in 1944. Yet Ghandi successfully kept India out of World War II and convinced the British to negotiate the independence of India in 1947.

The Mountbatten Plan resulted in two religiously partitioned nations: Hindus in India, and Muslims in Pakistan. This was an independent India, but not a unified India, and the religious violence set off by the partition broke Gandhi’s heart as badly as the British oppression leading up to it. He fasted for the safety of Muslim minorities who had remained in India. In 1948, on the way to a prayer meeting in Delhi, he was assassinated by a Hindu extremist.

Gandhi was a tragic hero. His goals were peace and religious tolerance alongside political independence, so his accomplishment of an independent India was undermined by the Muslim-Hindu violence that killed him. Yet his ideas live on, and heavily influenced Mandela, Martin Luther King Jr., and other international freedom fighters who came after him. Gandhi wrote about his strategy of non-violent protest – which he called satyagraha – and pontificated on the value of freedom to an individual, equating it to life itself in his famous quote, “Freedom is never dear at any price. It is the breath of life. What would a man not pay for living?” Ultimately, Gandhi outdid his own words by giving up his own life, not in the struggle for his own freedom, which had already been secured, but in the struggle for the freedom of another religious group.