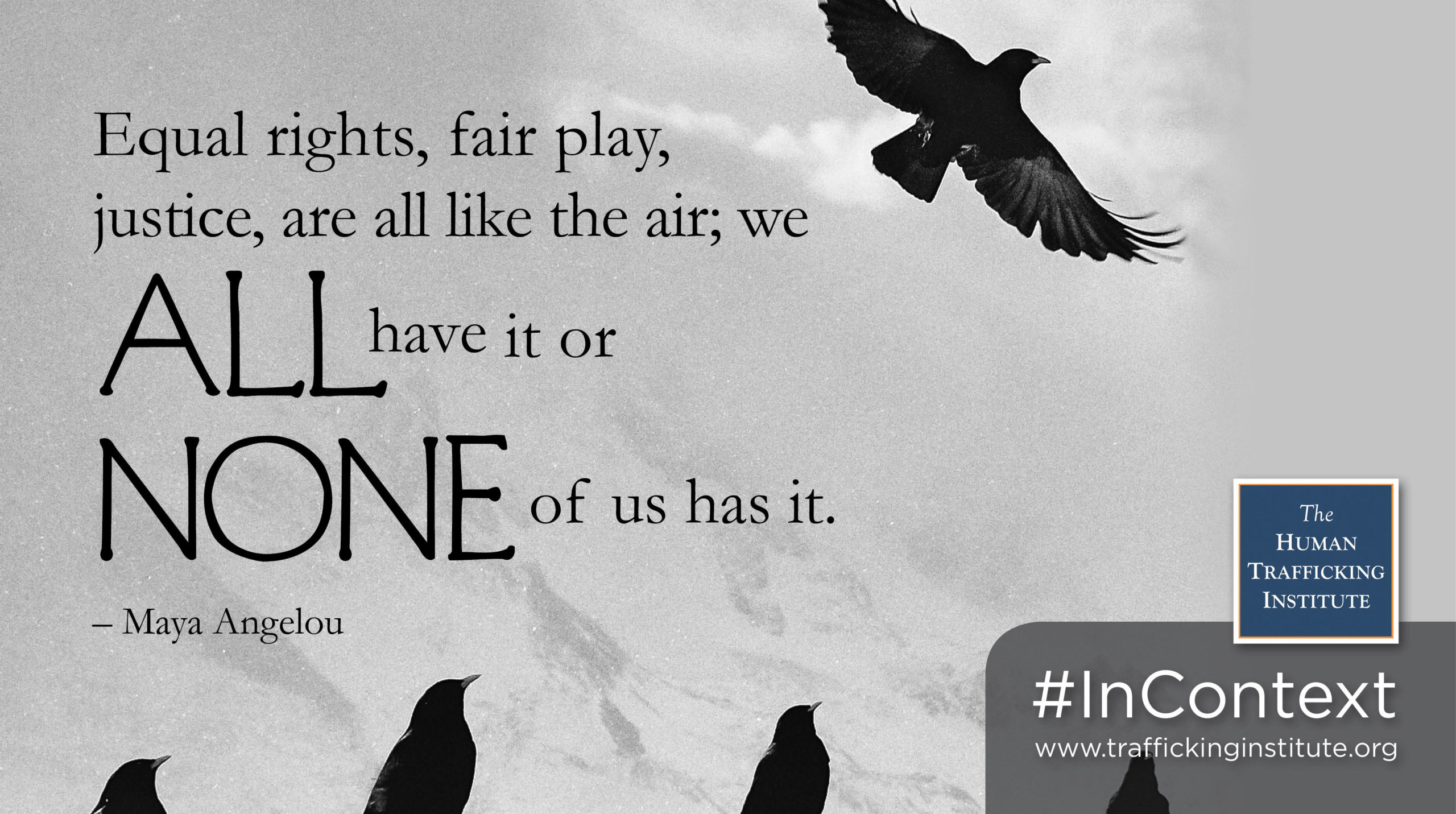 Over the course of her 86-year life, Maya Angelou was an accomplished singer, actor, dancer, poet, playwright, author, historian, and civil rights activist. President Barack Obama honored her with the Presidential Medal of Freedom in 2010 in celebration of each area of achievement, yet Angelou herself identified first and foremost as a writer. “To write about morals, about hope, about desolation, about pain and ecstasy and joy and triumph in the human spirit … that is my calling,” she said in a 1993 interview with the Academy of Achievement. That’s what she did, and she wrote “for all of us, because I know that human beings are more alike than we are unalike.”

Angelou’s prolific writing is even more incredible in light of her mute childhood. In her critically acclaimed memoir I Know Why the Caged Bird Sings, she shares her experience of sexual molestation at the hands of her mother’s boyfriend. Out of fear, she initially confided only in her older brother, but the secret got around, and eventually an uncle murdered the molester. Convinced that her words had killed the man, Angelou did not speak for over five years, from the age of 7 until she was 13.

Yet as an adult she would speak up boldly and eloquently on behalf of not only her fellow African-Americans, but of any group who was mistreated anywhere, because

“equal rights, fair play, justice, are all like the air; we all have it or none of us has it.”

Angelou’s words are a poetic echo of the famous quote from her close friend Dr. Martin Luther King Jr., “Injustice anywhere is a threat to justice everywhere.”

But as Angelou fleshes out her statement it becomes far more challenging.

Growing up as a black female in the 1930s American South, Angelou was no stranger to abuse. Segregation was the reality of her childhood in Arkansas, and all of the disrespect, humiliation, and stunted opportunity that came with it. When asked how she avoided internalizing the attacks on her self-worth, she said, “The most difficult thing in the world is to realize that I am a child of God … There is one thing more difficult. And that is that I have to remember that the brute is also a child of God.” In affirming her own value, Angelou simultaneously validates the value of her abusers, as unnatural as this may feel. For her, they go hand in hand.

She further illustrates how this equality focus plays out in her daily interactions, “I will not sit in a group of black friends and hear racial pejoratives against whites…. I will not hear it.” It is easy to say that all racism is wrong. It is a bit more complicated to tell an oppressed group to refrain from insulting their oppressors, when the oppressors have hardly extended the same courtesy; when the oppressed may feel that their only weapon in a system stacked against them is their words. Nonetheless, Angelou says that such words are “poison.”

Angelou’s doctrine seems radical: to respect the guilty while they are still guilty. When she says that humans are more alike than unalike, she means it without caveat. We nod, but naturally make subconscious exceptions. Angelou puts us all on the same level as the most vile human beings in history: the slave drivers of the past and the human trafficker of today.

Perhaps Angelou’s concern for even the guilty is not biographically surprising. Perhaps it was foreshadowed by her mute years, when the murder of her perpetrator appalled her. She refused to speak out of a fear of words, a fear of expressed thoughts of condemnation, which may lead to further crime. As she said of those years, “I had a voice, but I refused to use it.”

Angelou does not believe that everyone should be a doormat. As she said in the interview, “On certain occasions, it is imperative to defend oneself … if somebody is really trying to take your head off with a baseball bat — I don’t know how long you’re supposed to stand there and turn the other cheek, so he or she can get a better angle at taking your head off.” So there is a balance to be found. But for Angelou the proper balance clearly leans toward universal, unconditional human value.